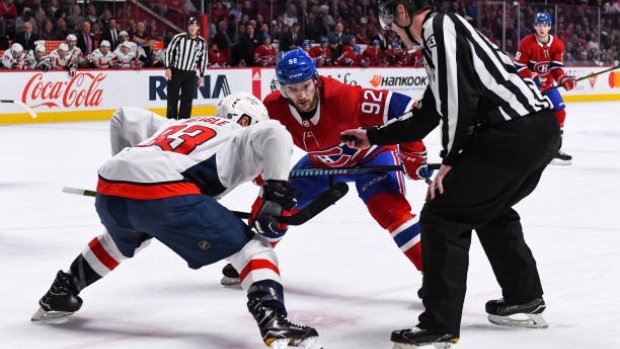 Jonathan Drouin struggled adjusting to a role at centre with the Montreal Canadiens this past season, but general manager Marc Bergevin said he's likely to see more time at the position next season.

Bergevin admitted to NHL.com that centre continues to be an area of need for the Canadiens, and that, in part, will likely lead to Drouin playing centre once again next fall.

"As we speak today, there is a lack in the middle. [Drouin], well, I would say in the first half he had a hard time adjusting to centre. As the season progressed, well, is he the perfect centreman? Is he Sidney Crosby? Of course not. But can he fill a role at times? Yes, he can. We'll have to address some of our needs, sure.

"At the same time, there is a perception that [Drouin] failed there. I'm not ready to say that. He played some centre in junior and he played some there in Tampa. Other than goaltending, I think centre is probably the hardest position to fill. It takes some time and some mileage to play that position to a degree where you could really help your team win. So I'm not going to write him off there. But we have options we can look at as we speak."

Drouin, acquired last June for Mikhail Sergachev, had 13 goals and 46 points with a minus-28 rating in his first season with the Canadiens.

TSN Analytics writer Scott Cullen projected Drouin would return to the team's top-line centre role next season in his Off-Season Game Plan for the team.