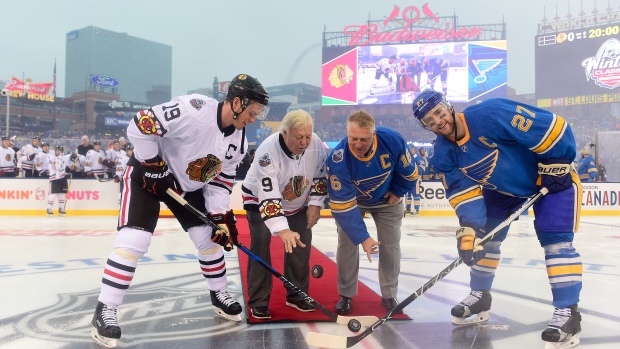 The Chicago Blackhawks and Boston Bruins will play in the 2019 Bridgestone NHL Winter Classic at Notre Dame Stadium, in Notre Dame, Indiana. The game will take place at the home of the Notre Dame Fighting Irish less than 100 miles outside of Chicago.

“Two of our most historic franchises, will be meeting outdoors for the first time at the 2019 Bridgestone NHL Winter Classic,” NHL Commissioner Gary Bettman said, “Notre Dame Stadium, with its capacity approaching 80,000, will provide an ideal setting for this ground-breaking event and will host the largest live audience ever to witness a game by either of these teams.”

John McDonough President & CEO of the Blackhawks said, “The University of Notre Dame has strong alumni roots in both Chicago and Boston, and, with an established rivalry between the Blackhawks and Bruins, fans will be treated to an exciting game in a unique atmosphere."

This season's Winter Classic will be played at the Citi Field in New York as the New York Rangers host the Buffalo Sabres.