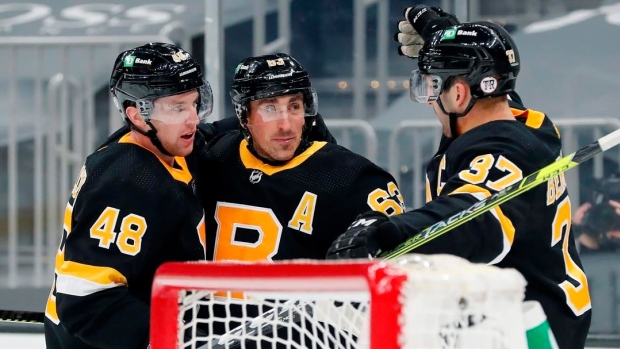 Boston Bruins winger Brad Marchand said Tuesday he landed on the NHL's COVID Protocol Related Absences list over the weekend due to a false positive.

Marchand has been removed from the list and will play against the New Jersey Devils Tuesday night. The Bruins will still be without Jake DeBrusk and Sean Kuraly, who have both been on the list for more than a week.

Marchand said he was a false positive. He will play tonight.

Marchand, who missed the Bruins' 3-2 win over the Buffalo Sabres on Saturday, has 12 goals and 34 points in 29 games this season.

The 32-year-old returned to practice on Tuesday on his usual line with Patrice Bergeron and David Pastrnak.

The Bruins enter Tuesday's game sitting fourth in the East Division with a 17-9-5 record.