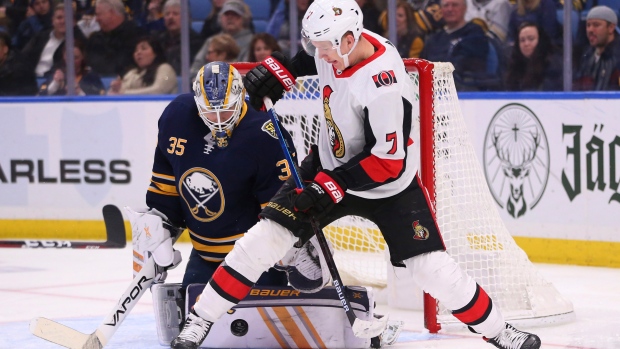 Linus Ullmark has left the game with an injury. Carter Hutton is now in net.

The incident occurred midway through the second period. The 26-year-old goaltender needed to be helped off the ice and was putting no pressure on his right leg.