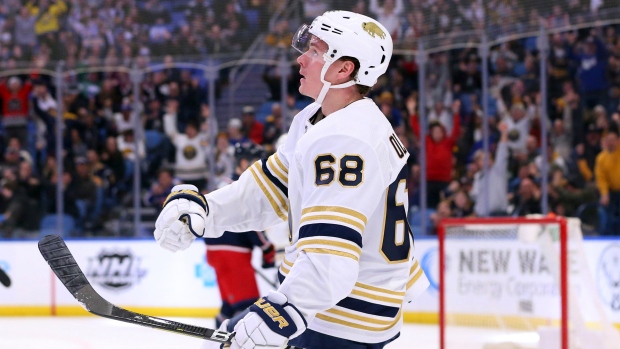 The contract will carry an average annual value of $3.05 million.

We have signed Victor Olofsson to a two-year deal with an AAV of $3.05 million.

Olofsson is coming off a breakout season in which he posted 20 goals and 42 points in 54 games.

A seventh-round pick of the Sabres in 2014, Olofsson made his NHL debut during the 2018-19 season, posting two goals and four points in six games.

The 25-year-old spent five seasons playing in Sweden before making the move to North America in 2018.