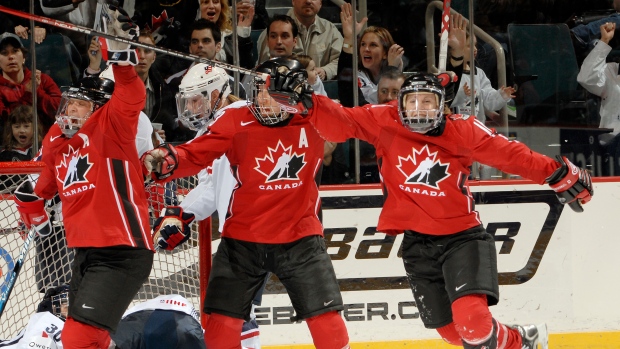 These six women are some of the greatest female hockey players Canada has ever produced. With a combined 15 Olympic gold medals and 33 world championships, their legacies as trailblazers for the women’s game have been well documented.

Their legacies will be honoured in a new way during the 2021 IIHF World Junior Championship in Edmonton. Throughout the tournament, on Dec. 26, Dec. 31 and Jan. 2, Canadian goaltenders Dylan Garand, Taylor Gauthier and Devon Levi will each don tribute masks featuring the six women’s players.

The man behind the design of the tribute masks is Canadian artist David Arrigo, who has been working with Hockey Canada for the better part of 11 years, including on the organization’s annual design-a-mask contest.

A decision was made to do something different this year and Janes came up with the idea that they wanted to make a tribute to honour the women of Canadian hockey in collaboration with Hockey Canada.

With three tribute masks in total, each one features two women’s players, with two images for each player. One is a hero image (a close up of their face) and the other is an action shot. 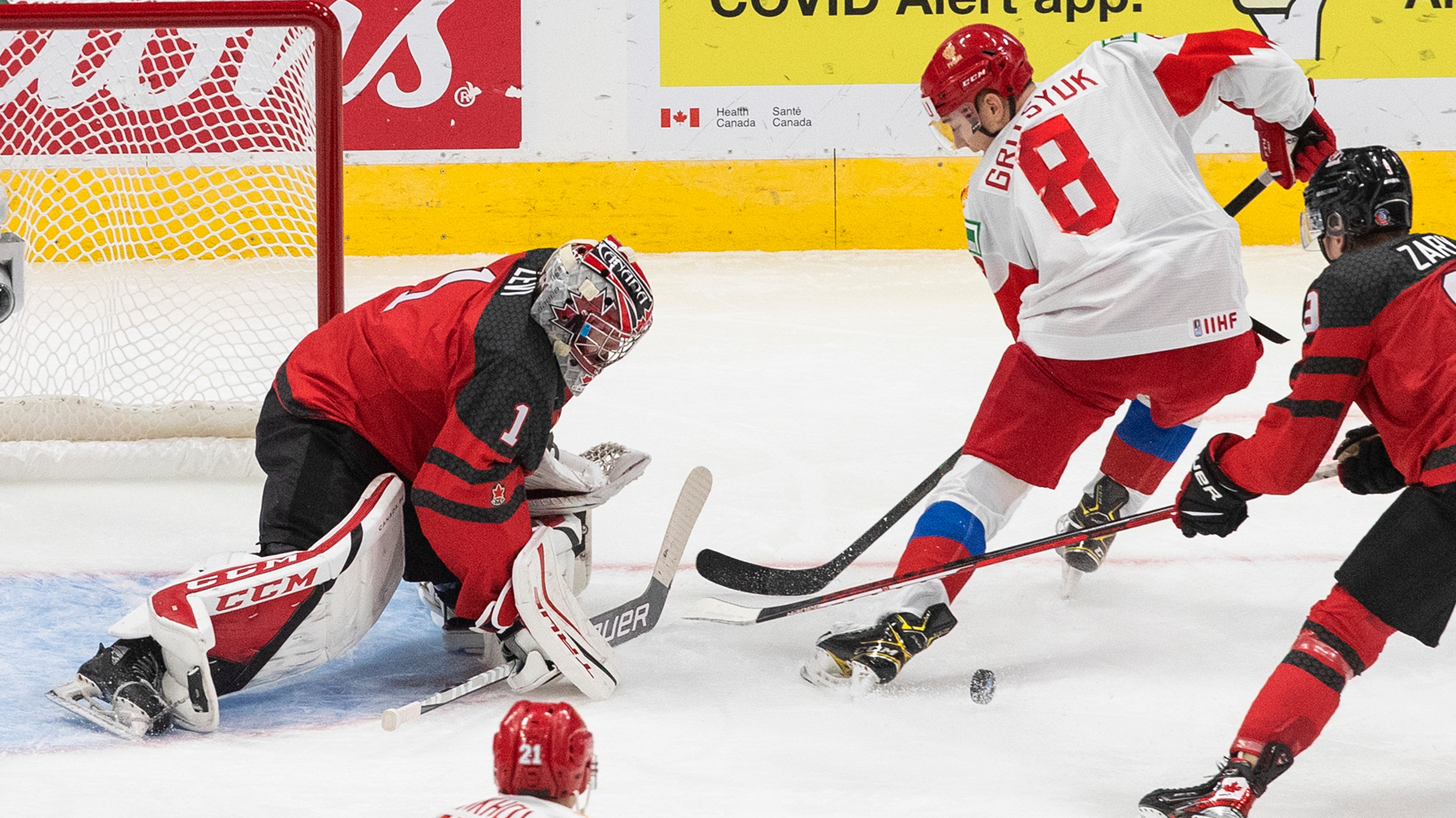 Arrigo is well known in NHL circles, having designed masks for current goaltenders including Carey Price, Mike Smith and Brian Elliott. But he approached this project a little bit differently than his usual work.

"As opposed to having it as this flashy hockey goalie mask, the standard with the pearls and metallics, I thought, you know what, this is more about celebrating the women on the mask, so I didn’t want any crazy design that would take away from that," said Arrigo. "It’s pretty much a generic look overall with the Canadian flag wrapped over the mask and it is true Canadiana, women’s hockey and we’re celebrating these individuals."

The first mask that will be unveiled features a pair of four-time Olympic gold medallists in Ouellette and Hefford. Ouellette is one of the most prolific players to suit up for Canada. In team history, she ranks second in assists (155), third in games played (220) and points (242) and fourth in goals (87) across 16 seasons. In addition, the Montreal native won six world championship gold medals and captained Canada to their last Olympic title in 2014.

Now 41, Ouellette sees how much stronger the women’s game is now compared to when she first played as a child.

"When I started playing hockey, it was something you rarely saw. It was an exception," said Ouellette in an interview with Hockey Canada. "We were outcasts, we were tomboys, we were different. The [generation] before, thinking about other pioneers like Danielle Goyette, France St-Louis, they had it even harder. It took me two years to convince my parents to let me play."

Joining Ouellette on the mask is Hefford, one of the most consistently dominant players for Canada. With seven WWC gold medals of her own and named top forward twice at the tournament, Hefford ranks second all-time in Team Canada history in games played (267), goals (157) and points (291) and third in assists (134). The Kingston, Ont. native was inducted into the Hockey Hall of Fame in 2018. 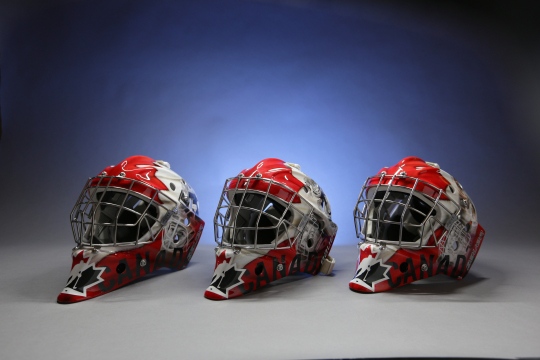 The second mask pays tribute to an all-goalie duo of St. Pierre and Rhéaume. St. Pierre is the first female goaltender to be inducted into the Hockey Hall of Fame (Class of 2020) and ranks first in most goaltending categories for Canada including games played (83), wins (64) and shutouts (29) and is second in GAA at 1.17. She backstopped Canada to three Olympic gold medals and five world championship titles and was named top goaltender at the 2002 Olympics and 2001 and 2004 worlds.

Rhéaume is largely known for making history as the first woman to play in an NHL preseason game when she strapped on the pads for the Tampa Bay Lightning in 1992. However, she was a stalwart in net for Canada during the 1990s, winning two world championship gold medals and earning Olympic silver at the 1998 Nagano Games.

Sunohara ranks in the top-10 of numerous offensive categories for Canada, including in games played (164), goals (56) and points (119). The forward from Scarborough, Ont. helped Canada to seven world championship titles while serving as alternative captain at two Olympics and four women’s worlds.

In the process of designing the masks, Arrigo estimates he was sent about 30 or 40 photos of each player to sift through and find what he thought were the best images that captured the personality of each player.

With some of the players, such as Rhéaume having played predominantly in the 1990s, there weren’t a lot of high-resolution photographs taken and no cameras from every angle like today. But more than anything, he wanted to do right by the players and make a tribute fitting for them.

"I just wanted to capture the personality of the players, you know? Cassie’s focus, Jayna’s energy," said Arrigo.

Recognizing the accomplishments of some of Canada’s greatest women to lace up skates is not lost on the players participating in this year’s World Junior Championship.

"There are so many great women’s hockey moments in the history of Team Canada, and they should be celebrated," said Team Canada defenceman Jamie Drysdale. "I think it’s great that our team’s goalie masks will be recognizing some of the women who made these special moments."