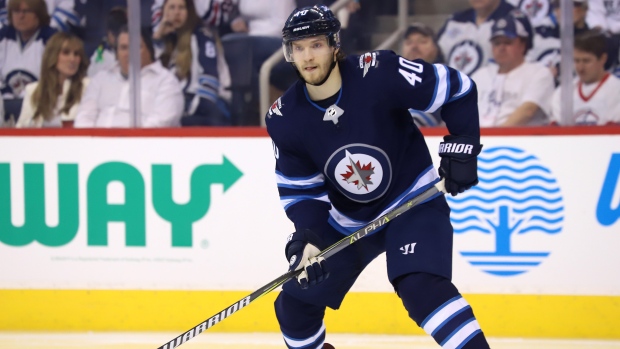 Trade frees up more than $4.1 million for #nhljets. That’s what Mason was due and Armia was an RFA who needed to be paid. Armia is a solid pick-up for #Habs in the process. Big deal for #nhljets to get out from under Mason’s deal.

After completing the trade, the Canadiens placed Mason on waivers for the purpose of a buyout. Mason has one year at $4.1 million remaining on his contract.

The 25-year-old Armia, who is a restricted free agent, was drafted by the Buffalo Sabres in the first round (No. 16) of the 2011 NHL Entry Draft. He mainly played for Buffalo’s AHL affiliate in Rochester before being traded to Winnipeg in the deal that sent Evander Kane to Buffalo.

Armia posted 10 points in his inaugural season in Winnipeg. He posted career-bests across the board in 2017-18, scoring 12 goals and finishing with 29 points. He added two goals in the playoffs as Winnipeg fell in the Western Conference Final to the Las Vegas Golden Knights. Armia entered free agency with 58 points in 180 NHL games played.

The 30-year-old Mason played in 13 games for the Jets last season, his first year with the team. Mason finished with a 5-6-1 record with a 3.24 goals against average and a .906 save percentage.

Bourque is a 2015 sixth round draft pick. The 21-year-old played last season with the Laval Rocket in the AHL, finishing with three assists in 46 games.