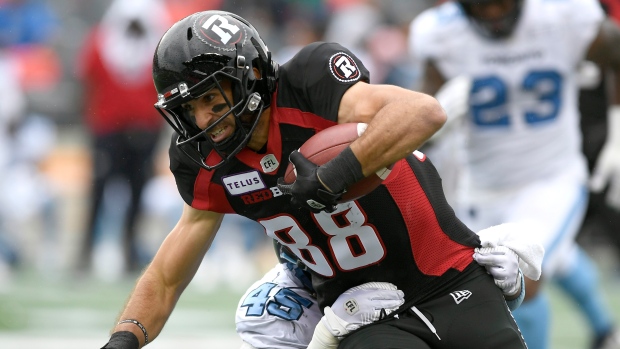 Sinopoli played nine CFL seasons, including the past five with the Redblacks, winning a Grey Cup with the team in 2016. Sinopoli also won a Grey Cup in 2014 while with the Calgary Stampeders.

Brad gave the game everything,
Ottawa thanks you. #ThankYou88 | 🗞️: https://t.co/bWUWUcDtVe pic.twitter.com/O6JQ0ijUel

"It’s been an incredible ride but after a lot of thought and listening to my body, I have made the difficult decision to retire from football," Sinopoli said. "It wasn’t an easy decision to bid farewell to such a big part of my life, but the time away from the game this past year, time spent with my family, has made me realize that now is the right time to say farewell."

"Brad epitomized what it is to be a Redblack…always smiling, he was a humble, dedicated professional who let his play do the talking," general manager Marcel Desjardins said. "We’ll miss his ability on the field as well as his contributions in the locker room and in the community."

Sinopoli finishes his career with 509 receptions for 5,741 yards and 19 touchdowns.