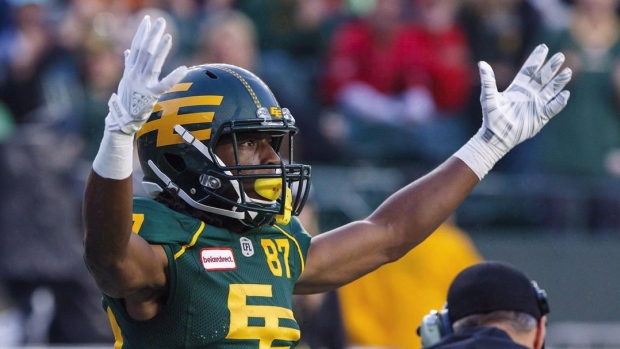 For a franchise that built its brand on successive championships, here’s a shocking stat about the Edmonton CFL franchise now known as the Elks.

They’ve played in one Grey Cup game in the past 14 seasons. One.

That’s the fewest of any team in the CFL, even fewer than the Ottawa Redblacks who didn’t join the CFL until 2014.

Not that the Elks have been any sort of on-field disaster, their 8-10 season in 2019 being their first regular season finish under .500 in six years.

It’s just that during this era, they’ve rarely produced elite teams. Their only first-place finish since 2006 came in 2015, the same year they won the Grey Cup.

This is an organization that continues to develop and attract quality players. And Edmonton teams consistently rank among the league’s upper half in important statistical categories. It’s just that for some reason their teams fail to add-up to the sum of their parts.

How all of that translated into a sub-.500 regular season, forcing Edmonton to take the CFL’s playoff crossover route is a mystery.

Winning consecutive playoff games on the road is not easy, as Edmonton has learned four times since 2006.

In 2019, Edmonton won its first playoff game in Montreal before falling to Hamilton, bringing its record in division final games to 1-6 since 2006, with three of those taking place as a crossover team.

The results don’t lie. The aura around Edmonton as the kind of team you don’t want to face in the month of November is no more.

That sense of underachievement is certainly part of what led to a coaching change after the 2019 season when Jason Maas was dismissed after four seasons and an overall record of 39-33 during the regular season and 3-3 during the playoffs.

The Elks made a big splash by bringing Scott Milanovich back from the NFL as head coach after Maas was dismissed. But after a year of waiting for the CFL to find a way to play, Milanovich hopped back to the NFL at Indianapolis where he reunited with his former CFL coaching colleague Marcus Brady.

That opened the door for Jaime Elizondo, the veteran coach who has had several stops in the CFL and most recently was the offensive co-ordinator on Marc Trestman’s staff with the XFL’s Tampa Bay Vipers.

Edmonton was always competitive under Maas and never far away from taking that next step to get back to the Grey Cup.

It’s now Elizondo job to find that missing ingredient to help them accomplish that.

What They’ve Been Up To Since We Last Saw Them

Besides hiring two head coaches and changing the team name …

The biggest off-season move is the return of receiver Derel Walker who left via free agency for the Toronto Argonauts in 2019.

Walker, who spent his first four seasons in Edmonton, is at age 30 still arguably one of the league’s top receivers, a sizeable target that should make the Elks offence  more dangerous, especially in the red zone where it struggled in 2019. Walker and Greg Ellingson have a chance to be among the top receiving duos in the league.

The backfield has turned over with C.J. Gable in retirement and Shaq Coooper gone to B.C. via free agency. That has opened the door for James Wilder Jr., the 2017 Most Outstanding Rookie who retired last summer before returning this year at age 30.

Veteran defensive lineman Almondo Sewell is gone to Montreal after 11 seasons but the Elks depth along the defensive line should help them absorb his loss. The secondary is being rebuilt with veterans who played elsewhere in 2019, including Aaron Grymes, Jermaine Gabriel and Jonathan Rose.