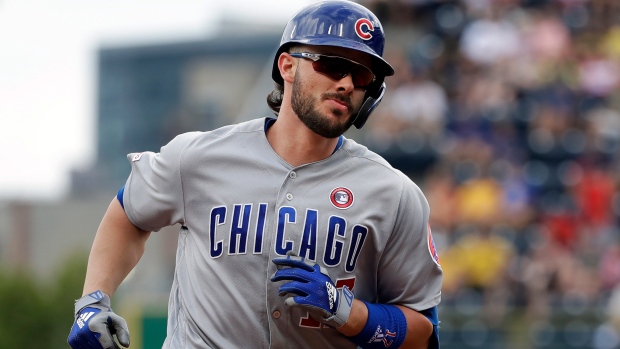 "I wanted to play this year because I felt that it would be safe and I would be comfortable," Bryant told reporters on Monday. "Honestly, I don't really feel that way."

Kris Bryant: "I wanted to play this year because I thought it would be safe. Honestly, I don’t really feel that."

The 28-year-old Bryant says that the testing regimen that was agreed to between the league and the Major League Baseball Players' Association hasn't been strictly adhered to.

"What we agreed to was testing every other day," Bryant said. "We have had guys here who showed up on Sunday and hadn't gotten tested again (until) seven days later. And then you don't get the results for two days either, so that's nine days without knowing. I think if we really want this to succeed, we're going to have to figure that out."

A three-time All-Star and the 2016 National League Most Valuable Player, Bryant said the struggles to get testing under control during the opening of camps doesn't bode well for how the season will have to go.

"I think if we want [the season] to happen, if we want it to go smoothly --because this is the easy part really, when you get into the season and you're traveling, you're in an airplane, your hotel, you're getting room service, guys, who knows what people are doing, especially on the other teams, too," Bryant said. "You gotta rely on everybody in this whole thing. If we can't nail the easy part, which is right now and just our players, we got a big hill to climb."