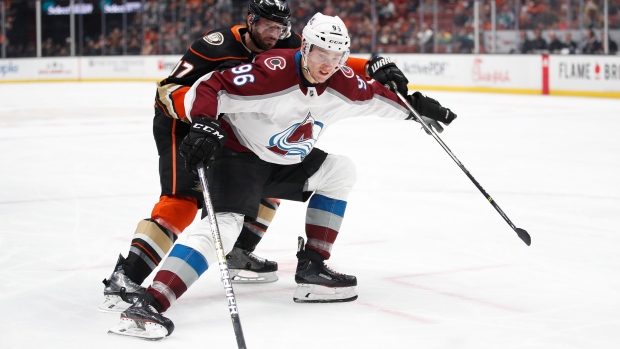 While he may be currently skating in Norway, Colorado Avalanche restricted free agent Mikko Rantanen says his sole focus is playing in the NHL this season.

When asked by Russia's Business Online about a report earlier this summer that the KHL club Ak Bars Kazan offered him a $4 million contract for this season, Rantanen directed the question to his agent.

"I personally have not heard anything concrete," Rantanen said, via Google Translate. "For me, the only option is the NHL. And how the future will turn out, you never know.”

Rantanen, 22, is currently skating with Norway's Storhamar Dragons as he remains without a contract for the upcoming season. He told Business Online he elected to work with the club because of his familiarity with head coach Miika Elomo, who he spent time with while playing for TPS in Finland before being drafted.

Avalanche general manager Joe Sakic said last month the Avalanche are hoping to sign Rantanen to a long-term deal, but noted the team is waiting for comparable contracts to emerge.

"We prefer long term," Sakic told NHL.com. "If it has to be short term, it has to be short term. We want to make sure we have him signed. There's a lot of players (in the NHL) in that same situation, a lot of great hockey players that are coming up. We'll just see how all the players and agents handle that. There are comparable numbers that are starting to come in. We're open to different possibilities."

In addition to Rantanen, Toronto Maple Leafs winger Mitch Marner, Brayden Point of the Tampa Bay Lightning, Matthew Tkachuk of the Calgary Flames, Winnipeg Jets forwards Patrik Laine and Kyle Connor and Brock Boeser of the Vancouver Canucks have all yet to sign extensions since hitting restricted free agency on July 1.

Rantanen, the 10th overall pick in the 2015 NHL Draft, posted a career-high 31 goals and 87 points in 74 games last season. Among restricted free agents, only Point and Marner recorded more points.