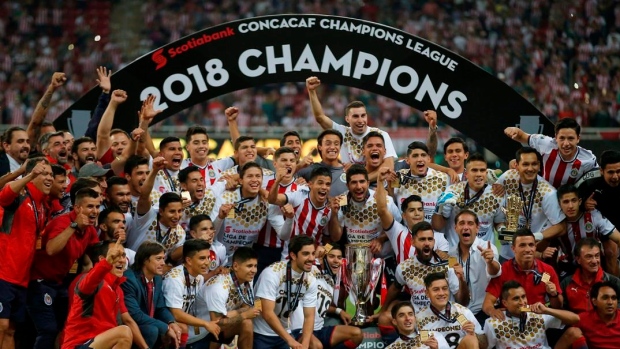 TORONTO — It appears FC Edmonton, Hamilton's Forge FC or any other Canadian Premier League team could rule Central American and Caribbean club soccer or even take part in the FIFA Club World Cup, thanks to a change in CONCACAF competition.

CONCACAF, which governs North and Central America and the Caribbean, announced Monday that a CPL team will get a berth in the newly expanded Scotiabank CONCACAF League — a feeder for the elite CONCACAF Champions League that crowns the confederation club champion.

The CONCACAF League will be expanded to 22 teams from 16 with the addition of a CPL side and five additional Central American clubs.

"We are very excited to take a major step forward to enhance our expanded CONCACAF club competition platform," CONCACAF general secretary Philippe Moggio said in a statement. "We are creating a larger Scotiabank CONCACAF League that will increase the opportunities for our members in the Caribbean and Central America to play more relevant, competitive matches.

"With 22 teams participating, the window of access is wider, providing greater chances to qualify to the region's premier tournament for clubs, the Scotiabank CONCACAF Champions League."

The knockout CONCACAF League, which will send six teams to the Champions League, will open in July with a preliminary round involving the CPL entry and 11 other teams.

The six winners would then join the top nine Central American clubs and runner-up of the Caribbean Club Championship in the round of 16. Once a victor is crowned — as Scotiabank CONCACAF League champion — the winner and the five next best teams qualify for the top-tier Champions League.

In 2019, the Canadian Soccer Association will use the home and away matches in the CPL regular season between FC Edmonton, Forge FC and Valour FC to determine who joins the CONCACAF League field.

Edmonton, Forge FC and Valour FC were chosen for the first year because they were the first of the CPL clubs to get their Canada Soccer professional club status.

Starting in 2020, the previous year's CPL champion will earn a berth in the feeder CONCACAF League.