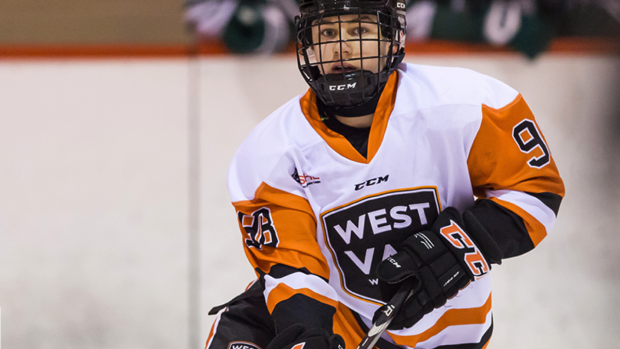 SAANICHTON, B.C. — The Western Hockey League has a player being granted exceptional status and early entry into the league for the first time.

BC Hockey announced Tuesday that Connor Bedard of North Vancouver has received the status and will be eligible to play in the WHL as a 15-year-old next season.

The exceptional-player rule was introduced in 2005 for Canada's three major-junior hockey leagues. Bedard, a forward, becomes the seventh player to receive the status.

BC Hockey and Hockey Canada combined on the ruling for Bedard. They say the status "is only granted to a player whose ongoing development is more likely to be significantly enhanced by playing in the CHL as a 15-year-old than by participating in his designated age division next season."

Bedard will be eligible to be picked in the WHL bantam draft on April 22.

The draft lottery is Wednesday. The Swift Current Broncos, Moose Jaw Warriors and Tri-City Americans are the teams with a shot to get the first pick.

"Throughout the evaluation process, Connor has displayed the tremendous potential he has both mentally and physically to be able to be granted exceptional status," BC Hockey chief executive officer Barry Petrachenko said in a statement.

This report by The Canadian Press was first published March 24, 2020.