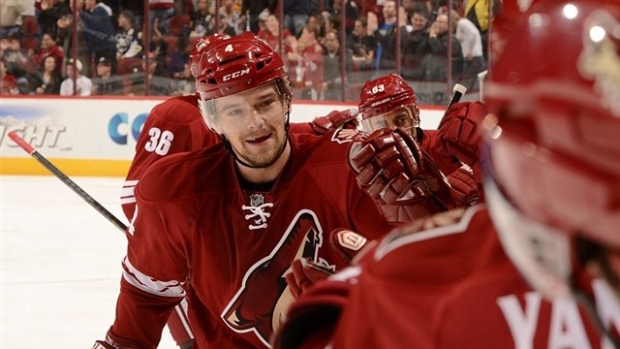 The Arizona Coyotes have traded defenceman Zbynek Michalek and a conditional 2015 third-round draft pick to the St. Louis Blues in exchange for prospect Maxim Letunov.

Michalek, 32, has scored two goals and six assists in 53 games with the Coyotes this season.

The Czech defender is in the final year of a five-year deal he signed with the Pittsburgh Penguins prior to the 2010-11 season worth an average annual value of $4 million.

Michalek was originally signed as an undrafted free agent by the Minnesota Wild in 2001. In 696 career games with the Coyotes, Wild and Penguins he has scored 38 goals and 129 assists.

A forward with the Youngstown Phantoms of the USHL, Letunov has 22 goals and 31 assists in 47 games in 2014-15. He is currently the league’s leading scorer

The Coyotes will retain half of Michalek's remaining salary in the deal.