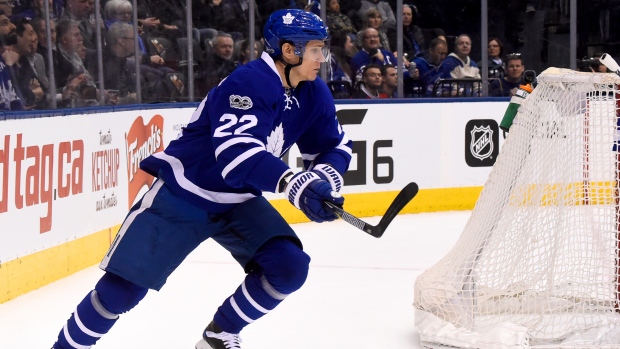 CSKA Moscow president Igor Esmantovich said Tuesday his team will make every effort to lure former players back to Russia.

CSKA Moscow was eliminated in the conference semifinals of the KHL playoffs this season, but Esmantovich said part of his motivation is to have current Russian NHLers play at the 2018 Olympics.

Lyubimov, 25, joined the Philadelphia Flyers from the KHL ahead of the 2016-17. The left-winger owns four goals and one assist in 46 games this season. He spent the past six seasons with the Russian club before signing with the Flyers, posting seven goals and 14 points in 52 games last season.

Zaitsev, a defenceman, is in first season with the Toronto Maple Leafs and is reported to be closing on a seven-year contract with the team worth roughly $4.5 million annually. He spent three seasons with CSKA Moscow before joining the leafs last summer. Last season, he recorded eight goals and added 18 assists in 46 regular season games - adding four goals and 13 points in the playoffs.

@A_Kalnins interesting, given Zaitsev is close to a 7 yr extension with the Leafs.

Marchenko is also currently playing with the Toronto Maple Leafs after being waived by the Detroit Red Wings earlier this season. He made his debut with the Red Wings during the 2013-14 season. The defenceman owns one goal and seven assists in 41 games this season. He spent four years with CSKA Moscow from 2009-2013.

Grigorenko, 22, was a first-round pick of the Buffalo Sabres in 2012. The centre owns nine goals and 13 assists in 72 games with the Colorado Avalanche. He has not played for CSKA Moscow in the past.

Lyubimov, Zaitsev and Grigorenko are all currently slated to become restricted free agents this summer. Marchenko agreed to a two-year contract with the Red Wings last summer and therefore is signed through the 2017-18 season.