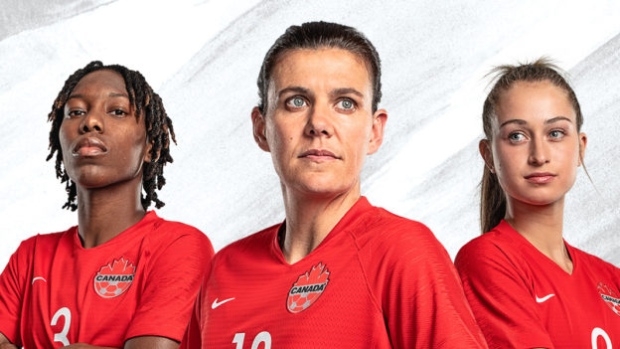 TORONTO (May 22, 2019) – CTV and TSN today announced their comprehensive broadcast schedules for the FIFA WOMEN’S WORLD CUP FRANCE 2019™. As the official broadcasters of the FIFA World Cup™, CTV and TSN feature exclusive live coverage of all 52 matches throughout the month-long tournament, from the opening match on Friday, June 7 all the way to the final on Sunday, July 7, one of 60+ championship events that live on CTV and TSN. The full broadcast schedule is available at TSN.ca.

The FIFA WOMEN’S WORLD CUP FRANCE 2019™ begins with host France taking on Korea Republic at Parc des Princes in Paris on Friday, June 7 with pre-game coverage starting at 2 p.m. ET on TSN. The Canadian Women’s National Team kicks off their tournament with a Group Stage match against Cameroon on Monday, June 10 with pre-game coverage beginning at 2 p.m. ET on CTV and TSN.

The networks’ coverage of the FIFA WOMEN’S WORLD CUP FRANCE 2019™ is highlighted by:

TSN primes fans for all the action with the FIFA WOMEN’S WORLD CUP FRANCE 2019™ PREVIEW SHOW on Tuesday, June 4 at 7:30 p.m. ET on TSN, providing an in-depth look at each group and the key players to watch with insight from TSN’s soccer panel.

“The FIFA WOMEN’S WORLD CUP FRANCE 2019™ is shaping up to be the highlight of the Canadian sports calendar this year. Along with millions of Canadians across the country, we can’t wait to follow the exceptionally talented Canadian Women’s National Team as they aim to lift the trophy at this iconic event,” said Stewart Johnston, President, Media Sales and Marketing, Bell Media, and President, TSN. “With in-depth coverage across our television, radio, and digital platforms, Canadians can turn to CTV, TSN, and RDS to follow the tournament every step of the way.”

Taking place in nine cities across France, the tournament culminates with the Final in Lyon on Sunday, July 7 with pre-game coverage starting at 10 a.m. ET on CTV and TSN live from Stade de Lyon.

TSN encourages viewers to Witness HerStory, as the network’s new FIFA WOMEN’S WORLD CUP FRANCE 2019™ marketing campaign highlights the grand scale of the tournament. The campaign’s original creative work, which was developed by the award-winning Bell Media Agency, is interwoven into the fabric of the broadcast, content, and promotional platforms in the lead-up to, and throughout the tournament.

Fans can also catch multi-platform tournament action across the TSN Radio network and iHeartRadio app, CTV.ca, TSN.ca, and the CTV and TSN apps. French-language coverage is available exclusively on RDS, RDS.ca, and the RDS app.