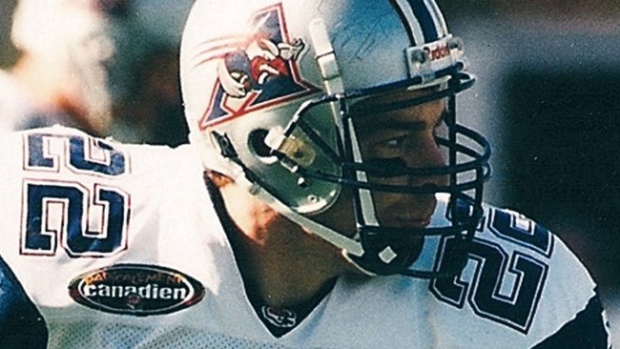 Michael Soles, a former CFL running back who played with Edmonton and Montreal, lost his 16-year battle with ALS on Wednesday night. He was 54.

The former McGill University star had been diagnosed with amyotrophic lateral sclerosis (ALS), better known as Lou Gehrig’s Disease, in 2005, six years after he retired from the CFL.

The fifth pick of the 1989 CFL Draft, Soles helped lead McGill to the 1987 Vanier Cup before embarking on an 11-year CFL career.

Soles was as adept at catching the football as running it, scoring 25 of his 45 career touchdowns as a receiver. He finished his career with 3,500 receiving yards and 3,007 on the ground.

Throughout his long illness, former teammates say he always found a way to stay positive.

“He considered it a blessing that (his illness) had a slow progression,” said former Edmonton teammate Rod Connop. “He said I have a good life and was thankful of the people who gave him that.”

“The whole thing just makes me take a deep breath. He was able to communicate through email or texting … it was pretty courageous.”

Soles, who played in an all-Canadian backfield in Edmonton during the early 1990s, was entering his eighth year in the CFL when Montreal returned to the league in 1996, where he played four more seasons.

He became one of the early faces of the Montreal franchise and scored the first touchdown for the Als upon their return to Percival Molson Stadium in November of 1997.

“He was a great football player and always saw the Alouettes like his second family,” said general manager Danny Maciocia in a statement from the team. “He fought until the end and, despite being sick, never gave up and was always smiling.

“He had a great influence on my career and was more than a friend for me.”