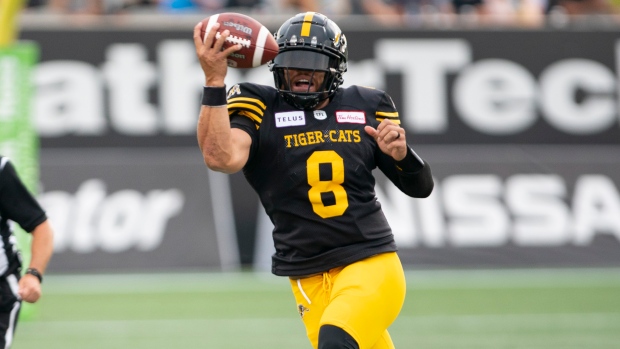 It all begins tonight.

Never have we embarked on a Canadian Football League season with so many unknowns and unique variables that could influence the outcome. It should all make for a very interesting road from here to Dec. 12, when the Grey Cup will be contested in Hamilton on the latest calendar date the league has ever played.

The vast majority of players in the league haven’t played a down since the late fall of 2019, before anyone had ever heard of COVID-19. Aside from the small number who played American college football in 2020 or may have spent time in the National Football League, this is uncharted territory.

Last August, the CFL cancelled its entire 2020 season because of the pandemic, marking the first year since 1919 that the Grey Cup was not awarded.

There are four CFL teams that have changed head coaches since the end of 2019 – B.C., Ottawa, Toronto and Edmonton (twice!)

Player turnover is a reality of professional football, given the nature of injuries and players having non-guaranteed contracts. Multiply that factor by two to get a sense of the degree of change that’s occurred since the league last played.

While the quarterback shuffling among teams was minimal during the time away, three of the league’s top players at that position – Calgary’s Bo Levi Mitchell, Hamilton’s Jeremiah Masoli and Ottawa’s Matt Nichols – are all coming back from significant surgeries since they last played.

Age is always a factor in football, but how does it affect players when they aren’t playing? How about those who had breakout seasons in 2019? Can they pick up where they left off or will there be regression from the time away?

Such questions have been particularly difficult to answer during a training camp without preseason games. Judging newcomers to the league, whether that means pure rookies or players coming from the NFL, has been extremely difficult. With contact during training camp restricted, even coaches can’t be sure what they have along the offensive and defensive lines.

Then there is the matter of fitness, which was an ongoing concern across the league throughout camps. With so much time off and with some players not even having access to gyms until just before teams gathered, the rush to get ready for the season means a wide variety of fitness levels. That dynamic influences not only how well players play, but how susceptible they may be to injuries during a season that will be shorter than usual but also feature less down time between games.

There are the unbalanced schedules, where some teams will be face undoubtedly tougher roads than others, plus the possibility of cancelled games, which are unlikely to be rescheduled due to constraints of the calendar.

There’s also been a higher-than-normal turnover among game officials, with two retiring and five others choosing to sit the season.

CFL players remain under restrictions reflective of protocols that were in place during the height of the pandemic. However, there are no protocol distinctions between vaccinated and unvaccinated players, unlike the NFL which has two vastly different sets of protocols based on players’ vaccination status. So, until things change, ensuring that players restrict themselves and are following strict rules – both at work and beyond – is something else that could come into play.

Bringing in players during the season is another element of the game that is different, given the border restrictions and required protocols for the unvaccinated.

The league has granted teams larger practice rosters this season, since bringing in players won’t always be simple.

It all adds up to what will be a season unlike any other, one we may look back upon with a sense of wonder and reflect on things we couldn’t possibly have imagined.

But, after so long away and so much uncertainty, it’s finally time for kickoff!

A curious roster wrinkle for 2021

The CFL has long been known for its quirky rules, but here’s one that has everyone in the league scratching their heads.

Beginning this season, when a starting Canadian player is injured during a game he can be replaced by an American, provided that American is a veteran, which means he’s in either his third year with the same team or fourth overall in the league.

Yes, you read that correctly.

This breaks a golden rule for any competitive sport: never set up a situation where a team can benefit by virtue of an injury.

But that’s exactly what the CFL has done.

For example, a team forced to start an inexperienced Canadian can “fix” that problem by simply having that player go down in a game so that he can be replaced by a veteran American.

And by go down, we mean anything – a cramp, a pulled muscle, a stomach ache. None of it can be proven or disproven.

But it gets better.

That Canadian who comes out of the game to be replaced by an American? He’s still eligible to come back into the game!

And there is no restriction on the number of times this can happen during a game, including simultaneously. In theory, a team could replace more than one of its starting Canadians at any point in a game, as long as it has enough veteran Americans waiting in the wings.

The reality is that many teams won’t have veteran American backups available. But there are certainly ways to arrange the roster so that they do, especially if you knew you were starting an injured Canadian who is unlikely to hold up for an entire game, whether that player lasts until the fourth quarter or goes down on the second play of the game.

This roster rule was part of the CBA signed in the spring of 2019, meant to give veteran Americans more value. But since it wasn’t due to come into effect until 2020, no one paid it much attention at the time. Two years later, it’s still not clear how the league can monitor fake injuries that benefit a team.

Regardless of whether an injury is fake or real, this rule provides for a game where one team is required to play with only six Canadians in the game, while their opponent must have seven, purely from the result of an injury.

Fines and the possible removal of draft picks are the stick the league plans to use to prevent the rule from being abused. But how in the world can anyone disprove an injury? There is no requirement for a player to request help getting off the field, or remain down after a play. He can simply walk to the sideline and declare himself unfit to continue.

There’s a common belief around the league that when a new CBA is negotiated for the start of the 2022 season, this will have been a one-year experiment that won’t continue.

We can only hope so.

The introduction of NFL-style injury reports for CFL teams mark a welcome and long-overdue bit of transparency for the league and its teams.

Traditionally, CFL teams have treated injury news and game status for players as top-secret information, not shared with the media or the public. There have been occasions where teams have taken that a step further, actually sharing misinformation about whether a player is likely to dress or not for a particular game.

The most infamous example of this occurred during the 2018 playoffs when Saskatchewan, knowing full well that quarterback Zach Collaros was not fit to play, presented him to the media the day before the game as their starter and had him say the words “I’m fine.”

Of course, Collaros wasn’t fine and there was no plan to dress him for the game, something that undoubtedly came as a shock to those who’d placed bets on the Roughriders when the team indicated Collaros was going to play.

All of that is now part of history.

Teams are now required to provide daily reports, declaring any injuries that cause players to miss all or a portion of practice. The day before the game, teams must declare the likelihood of those players playing as either out, doubtful or questionable.

All of this stems from the new legalized sports betting environment in Canada with the passage of Bill C-218 in June.

The CFL wants to be seen as a legitimate vehicle for serious sports bettors. That requires giving them the information that used to be kept under lock and key.

The CFL released its policy for the cancellation of games this week and the message is clear: The league believes in the efficacy of vaccines and that increasing the percentage of players vaccinated is its best course to getting through the season with each team playing all 14 of its games.

Given the tightness of the league’s abbreviated schedule, any cancelled games are unlikely to be rescheduled and the CFL has already said it won’t be adding weeks to the end of the season, no matter what.

So, while unlikely, it’s possible a team could have an outbreak that cancels a game, forcing it to forfeit the result, but its players would get paid. And a team without an outbreak could get a win, but no pay.

Among the reasons for cancelling a game include failing to have 36 players available for a game, which is unlikely due to expanded practice rosters, or a team not having a player who can play quarterback.

The CFL announced Tuesday that, as of July 30 , 79 per cent of players were partially or fully vaccinated. Three teams are above the 85 per cent threshold, with the other six ranging from 67 to 81 per cent.