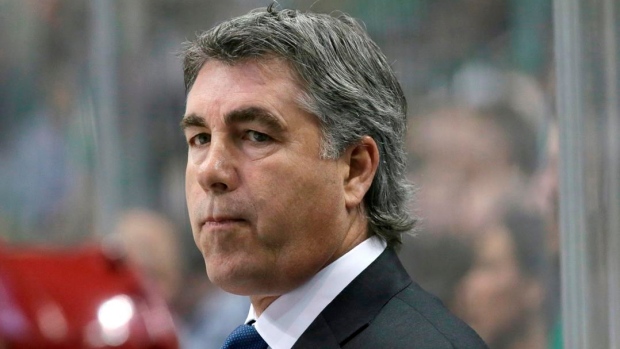 It looks like new Edmonton Oilers general manager Ken Holland might be ready to make his first major move in the near future.

Edmonton could make a head coaching hire as soon as Friday with Dave Tippett remaining the front-runner, according to TSN's Ryan Rishaug.

Could be a coaching hire as early as Friday for the Oilers. Tippett remains the front runner, sounds like Todd Nelson won’t be in the mix for the job.

Current Dallas Stars assistant coach Todd Nelson is not in the mix for the job, reports Rishaug.

The 57-year-old native of Moosomin, Sask., spent 721 games as a player in the NHL with the Hartford Whalers, Washington Capitals, Pittsburgh Penguins and Philadelphia Flyers, recording 93 goals and 169 assists for 262 points.

Ken Holland’s coaching search began with 15 names or so. Some of them interviewed. Down to a short list now. Tippett still figures prominently. As far as timing, I would guess either a hire by Friday or it waits until week of June 3 with Oil brass busy at draft combine next week https://t.co/5bnA8HV4YF

The Oilers fired head coach Todd McLellan in November of this season after a 9-10-1 start and was replaced by Ken Hitchcock for the duration of the 2018-19 campaign.

Edmonton finished with a 35-38-9 record, missing the playoffs for a second straight season.