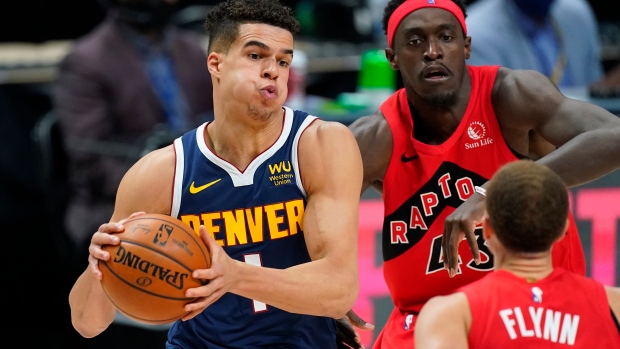 Denver Nuggets forward Michael Porter Jr. will undergo a surgical procedure on his lower back and will out indefinitely, according to ESPN's Adrian Wojnarowski. Porter is expected to make a full recovery.

Nuggets F Michael Porter Jr., will undergo a surgical procedure on his lower back and miss an indefinite period, his agent Mark Bartelstein of @PrioritySports tells ESPN. Bartelstein says Porter’s expected to make a full recovery; timetable on return will come after surgery.

The Nuggets will release a timetable for his return after the surgery, which is scheduled for Wednesday. Porter previously underwent a procedure on his back prior to joining the NBA.

The Nuggets will now be without Porter and Jamal Murray, two max contract players, for the foreseeable future.