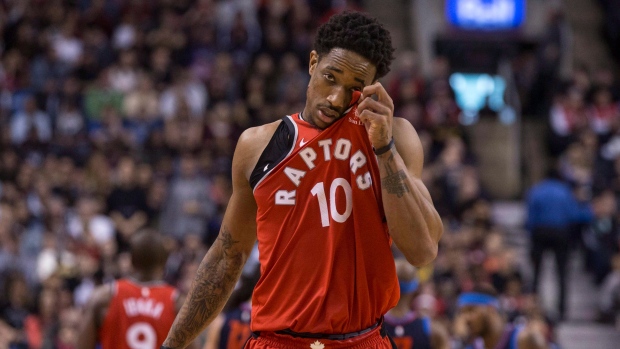 TSN's Josh Lewenberg reports DeRozan has flown to Los Angeles to be with his family and his ailing father, Frank.

The Raptors are not in action again until Saturday against the Boston Celtics and DeRozan's status for that game is unknown.

The four-time all-star is averaging 23.3 points per game this season with 5.2 assists and 3.8 rebounds.

Toronto currently first in the Eastern Conference with a three-game lead over the Celtics. The Raptors have already clinched a playoff spot.