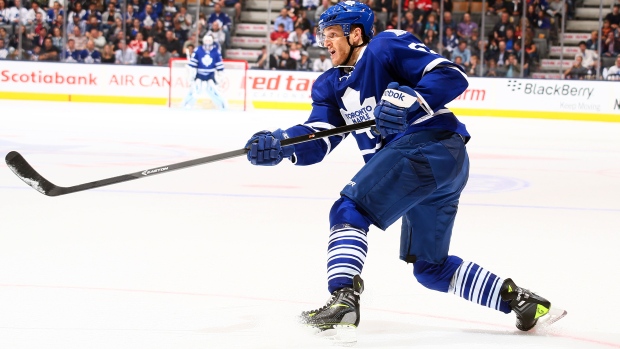 The Toronto Maple Leafs have traded defenceman Korbinian Holzer to the Anaheim Ducks for a 2016 fifth-round draft pick and defenceman Eric Brewer.

Holzer, 27, has six assists in 34 games with the Leafs this season. In 58 career games, Holzer has two goals and seven assists.

Holzer left the Leafs game against the Washington Capitals Sunday night with a concussion.

Brewer has played 26 games this year and recorded a goal and five assists for the Ducks and Tampa Bay Lightning.