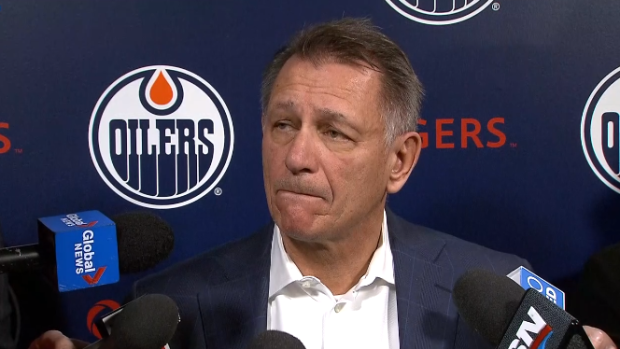 Edmonton Oilers general manager Ken Holland said Wednesday the team could have one unvaccinated player on its roster this season.

Holland added that the team has met with the player several times in an effort to convince him and are hopeful he will decide to get vaccinated.

Holland did not name the player.

Should the player elect to play out the season without being vaccinated, Holland said he estimates they would miss roughly 30 games due to quarantine and border issues.

NHL deputy commissioner Bill Daly said last week he expects 98 per cent of the league to be fully vaccinated by the start of the season, leaving only 10-15 players unvaccinated. Teams will be able to suspend players without pay this season if they cannot participate in hockey activities as part of the league's COVID-19 protocols.

Suspensions could come when American teams travel to Canada for games, as unvaccinated players will not be exempt from Canada's quarantine period.

Holland noted that newly acquired Oilers defenceman Duncan Keith recently decided to become vaccinated and will be quarantine until Oct. 1 as a result.