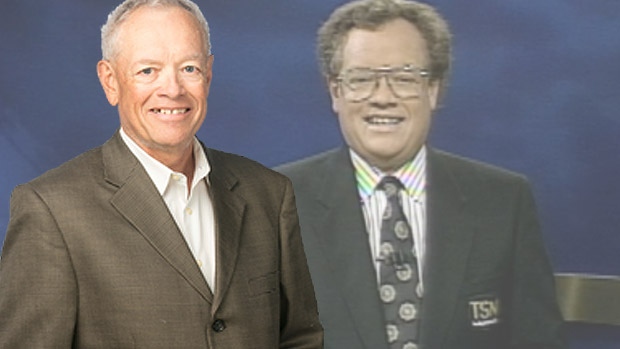 Former TSN host and reporter Peter Watts has passed away at the age of 68.

Watts joined TSN in its first year in 1984 and was a Jack of all trades, hosting SportsDesk along with live events including Canadian Interuniversity Athletic Union (CIAU) games - known now as U Sports.

"Peter was a stickler for details, a journalist who was harder on himself, than anyone else could ever be," said TSN Senior Vice-President and General Manager Mark Milliere. "Peter also had the most impressive Rolodex most of us had ever seen in the early days of TSN, included in it were Muhammad Ali, John Madden and Michael J. Fox to name a few.

"While Peter spent most of his career at TSN covering professional sports either as an anchor or reporter, he was especially passionate about amateur athletes and relished the opportunity to tell their stories."

In 1987, he was honoured with the Fred Sgambati Media Award in recognition of major contributions to Canadian university sport.

As a reporter, he also covered the National Hockey League, the Canadian Football League and the Canada Games, as well as the 1988 Olympic Winter Games in Calgary.

"I traveled across the country with Wattsy," said TSN's Michael Landsberg. "We were opposites - I was a loudmouth guy worrying about his hair. Peter was the serious journalist worrying about covering the story.

"He taught me about journalism. He taught me to search for the story, not the excitement."

Prior to his time at TSN, Watts worked for the CBC covering events that included the Stanley Cup playoffs, Grey Cup, international tennis and the Commonwealth Games.

"Peter was already at TSN when I started in 1987," said SportsCentre and CFL on TSN host Rod Smith. "He was a veteran sports journalist who did a bit of everything at a young, growing station that really needed versatility.

"Peter hosted. He reported. He produced. He even did some play-by-play for university sports. He took his profession very seriously, and often felt compelled to advise the many younger up-and-comers in the original TSN newsroom how important it was to know 'the story' of any given game or event.

"In fact, 'There’s your story!' became PW’s catchphrase among those of us who were responsible for watching games, cutting highlight packs and writing scripts. To Peter, the stories that deserved to be told the most were the ones often ignored by mainstream media. He championed the cause of Canadian university sports and amateur athletes as they chased the Olympic dream.

Since 1998, he was producer and host of The Alberta Morning News on Corus talk radio stations in Calgary and Edmonton and also served on the organizing committee of the BLG Awards, honouring the top student athletes in Canadian university sport.

A native of Kingston, Ont., Watts was a graduate of Queen’s University and began his broadcast career at the student radio station CFRC in 1971.

"A true gentleman and pro in every sense of the word," said TSN's Gino Reda. "Peter had an incredible passion for amateur sport and its athletes.

"He approached me in my early days at TSN and made it clear he would do anything to help me ease in. He taught me so much about work ethic, I don’t think I have ever known anyone who worked as hard as Peter.

"Most of all, Wattsy taught us to treat everyone exactly the same because, 'Everyone is special.' And Wattsy, there was none more special than you."

Very sad news today...
Peter Watts was one of earliest voices of TSN when it all started in 1984. He hosted, he reported, he produced, he mentored. He championed coverage of amateur sport. He cared about getting ‘the story’ right. I won’t forget him. He was a true original. https://t.co/3NFfJEjxRd

He's answered the call..now like he did at TSN..Peter Watts is doing in spirit what ever needs to be done for a good story or show..GOD..take care of our old friend..and yes I know he wears his pants way too high..RIP Wattsie

Wattsie will be missed by so many of us. Always so warm and welcoming, a very good man gone too soon. Our thoughts are with his family. https://t.co/1p47jTf0cI

Peter was always very friendly and kind any time I would see him. My condolences to his family and friends. https://t.co/id5pSy7kfD

Earlier this morning Peter peacefully passed away. We've learned a lot about him in the last month through your visits & notes.That he was a mentor to some, a colleague to others & a friend to all. This has brought us great comfort. We're so proud of Peter. TY, The Watts Family

His legacy will live on through so many of us.

I'll never forget you Pete.
"See you down the trail...”
Buttons ♥️

RIP Peter Watts. Our friend and colleague passed today. He will be missed. To Peter's family, we're here for you.

#Oilers Entertainment Group is saddened by the loss of Peter Watts, who was one of the most well-respected & professional sports journalists. Our thoughts & prayers go out to Peter's family, friends & colleagues.

Rest in peace, Peter Watts. You made the world a better place, a friendlier place. And thanks for that. Condolences to family and friends.

We lost a true friend and gentleman this day. Peter Watts has passed. He will be sadly missed. Condolences to family and friends. #RIP

We all have people who helped at the start of our careers. Peter Watts was one of those people for me. So sad to hear of his passing. But smiling thinking of the nights in the old TSN newsroom with Wattsy keeping us all straight. Thank you Wattsy. RIP

Calgary lost a beloved voice today.
Whether sharing sports stories, reporting the day's news or mentoring young journalists, Peter Watts had a way of connecting with people. He will be missed. My condolences to his family, friends and colleagues. #yychttps://t.co/95DzBUb1B3

Very sad news. Was an amazing professional, and very kind person, always giving of his time to young journalists. Will be greatly missed. Thoughts are with his family. https://t.co/dWssZQUHV4

The Calgary Sports and Entertainment Corporation send condolences to Peter Watts' family and friends. Peter was a fixture on the Calgary sports scene and extremely well-respected in our sports community among athletes, fans and his peers. pic.twitter.com/lQl7tiM9cx

The Calgary Sports and Entertainment Corporation send condolences to Peter Watts' family and friends. Peter was a fixture on the Calgary sports scene and extremely well-respected in our sports community among athletes, fans and his peers. pic.twitter.com/Pkw7Q5XLUG

It was difficult to hear about the passing of Peter Watts today. He was a well accomplished broadcaster and a good man. Peter had a great sense of humour and always added great perspective to any conversation. Thanks for helping pave the way in Canadian Sports Broadcasting Peter.

Thanks Wattsie for being so kind and helpful to a green rookie hosting his first TSN event (RBC Cup in 1998). Indicative of the man you were. You’ll be missed. https://t.co/sbTZvFHYAF