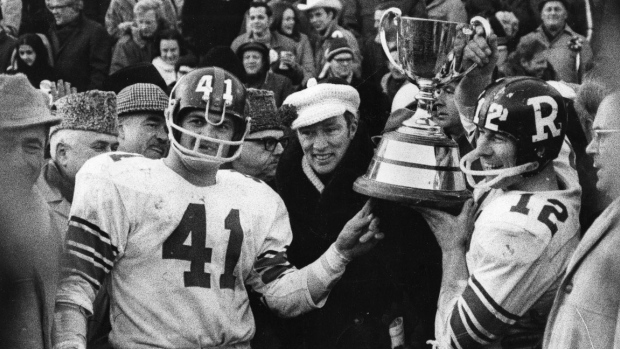 A Canadian-born CFL player might never end his career as gloriously as Russ Jackson did in 1969. Ottawa’s quarterback authored the ultimate football goodbye, winning the CFL’s Most Outstanding Player Award, Most Outstanding Canadian and Grey Cup MVP, as he led the Rough Riders to the second of their back-to-back Grey Cup titles. No CFL player, Canadian or otherwise, had ever managed such a feat. As a team, the Rough Riders were a machine. Receiver Margene Adkins was Jackson’s primary weapon, and finished his last CFL season with more than 1,400 receiving yards. Don Sutherin contributed as both a ballhawk defensive back and placekicker, with 10 interceptions and kicking for 116 points. This season was also the last for legendary Ottawa football coach Frank Clair, who made sure his team stifled Hall of Fame Saskatchewan Roughriders running back George Reed in the 57th Grey Cup. Ottawa beat Saskatchewan 29-11. 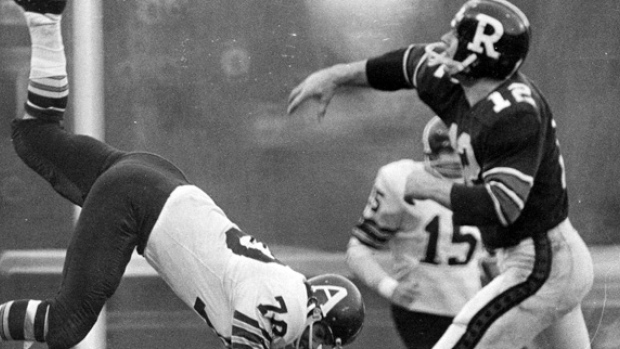 Jackson's career exemplifies all that is possible for Canadian talent in the Canadian game. But his incredible career also casts a long shadow. Jackson won three Grey Cups, three Most Outstanding Player Awards, four Most Outstanding Canadian awards and was named as an Officer of the Order of Canada the year after he retired. No Canadian-born football player has come close to emulating that kind of glory in 50 years.