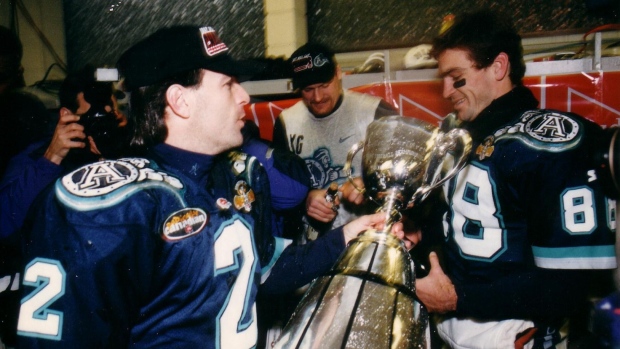 If Doug Flutie is widely regarded as the CFL’s greatest player, then the 1997 season was his masterpiece. Flutie’s 306 passing yards per game and 47 touchdowns powered a sledgehammer of an offence that led the league in points per game (36.7) and net offence (414.4 yards). Running back Robert Drummond led the CFL with 18 offensive touchdowns, while receiver Derrell "Mookie" Mitchell was right behind his teammate with 17 receiving touchdowns, and Michael "Pinball" Clemons led the league with 3,840 all-purpose yards. Young Canadian linebacker Michael O’Shea was a leader inside a Toronto defence that was also the CFL’s best (18.2 points per game and 49 quarterback sacks), but Toronto’s offence ruled over everything in the CFL in 1997. Flutie capped off two years of complete dominance after the Argos rolled over the Saskatchewan Roughriders 47-23 in the 85th Grey Cup. Flutie was named both the CFL’s Most Outstanding Player and Grey Cup Most Valuable Player for a second consecutive season. 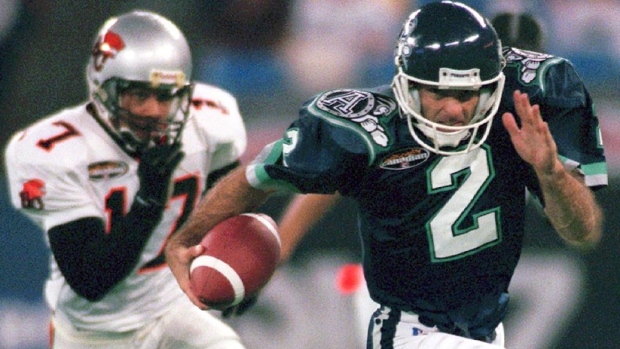 Head coach Don Matthews was spoiled with talent in 1996 and 1997, but he made the most of it. The Argos are the only team to repeat as Grey Cup champions with two seasons of 15+ wins.