There will never be a single-season comeback by a team quite like the resurrection of the 2011 BC Lions. With the pressure of opening a new stadium and hosting the 99th Grey Cup weighing on them, the Lions were 1-6 before their bye week. In football terms, that almost certainly translates to a lost season. But legendary head coach Wally Buono believed. BC beat Edmonton 36-1 in Week 8, and the Lions just kept winning, losing just once in their final 10 games. Travis Lulay threw for 4,815 yards with 32 touchdowns, and Canadian junior football league star Andrew Harris announced himself as the next great Canadian running back. Lulay’s career would unfortunately be riddled with injuries, but he started all 18 games in 2011 and was the undisputed Most Outstanding Player. The Lions were the favourites when they arrived at the 99th Grey Cup at home inside the renovated BC Place Stadium and cruised to a 34-23 win over Winnipeg. The last time a team had won the Grey Cup inside its home stadium was 1994, when the Lions beat the Baltimore Stallions. 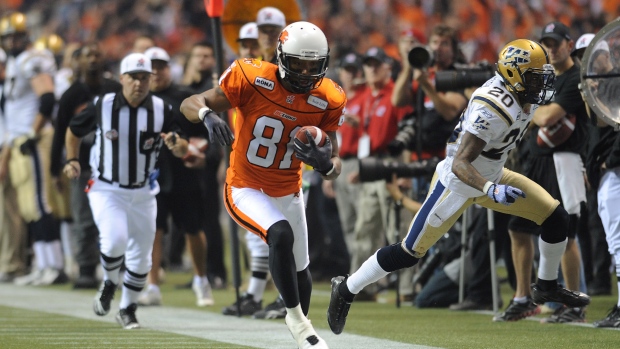 Few players in the CFL community enjoy the universal admiration Geroy Simon does. The CFL’s all-time leader in receiving yards (16,352) wowed fans across the country for 15 seasons with his highlight-reel catches and trademark celebration. If you ask any CFL fan to tell you who Superman is, they’ll place their hands on their hips, puff out their chest, smile and say, "Geroy Simon."

There are so many great players (Korey Banks, Adam Bighill, Arland Bruce, Dante Marsh, Andrew Harris, Travis Lulay Ryan Phillips, Mike Reilly, and Geroy Simon) connected with the 2011 Lions team, and so many great stats from that season. But only one will define this team forever: 0-5. No CFL team had ever started its season 0-5 and then gone on such a historic run to win a championship. And no team will likely do that kind of thing ever again.