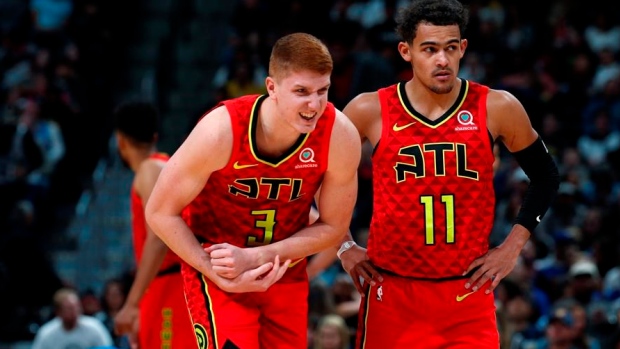 Huerter also was diagnosed with a shoulder capsule strain when examined Thursday in Atlanta.

Huerter left the team’s West Coast trip after he was hurt in Tuesday night’s 125-121 victory at Denver.

The Hawks say Huerter, who is averaging 9.3 points, will have rehabilitation and treatment before being examined again in two weeks.

Huerter suffered the injury when fouled by Denver’s Nikola Jokic while going up for a shot. The second-year player immediately grabbed his shoulder and headed to the locker room.

The Hawks were at Phoenix on Thursday night.