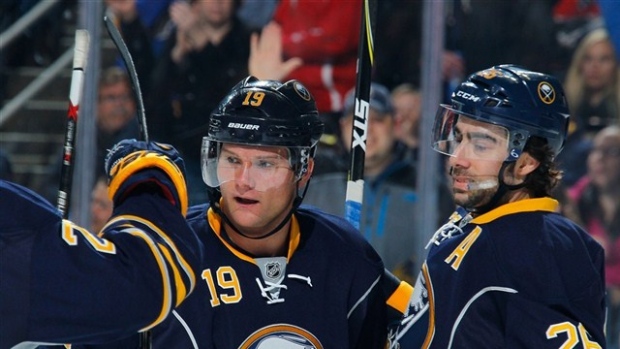 The waiver wire made waves for the second straight day, with Cody Hodgson and Viktor Stalberg being placed on unconditional waivers for the purpose of a buyout.

The former first round pick has four years left on his contract at $4.25 million per year.

Stalberg meanwhile, split last year between the Nashville Predators and their AHL affiliate in Milwaukee. The 29-year-old had two goals and 10 points in 25 games with the Predators. The winger has two years left on his deal at $3 million per season.

The Canadiens have already bought out Parenteau.

Parenteau released a statement shortly after the Habs announced the move.

"I would like to thank the Montreal Canadiens, my teammates and especially the fans for their support while I fulfilled a lifelong dream of playing for my hometown team. I'm looking forward to the next chapter of my hockey career and wish everyone in Montreal the best next season."

Richards finished with five goals and 16 points in 53 games last season, which included a stint with Manchester of the American Hockey League.

According to nhlnumbers.com, Richards has five years remaining on his contract with a cap hit of $5.75 million.

Parenteau, who was acquired from the Colorado Avalanche last summer in exchange for Daniel Briere, scored eight goals and added 14 assists for 22 points in 56 games last season.