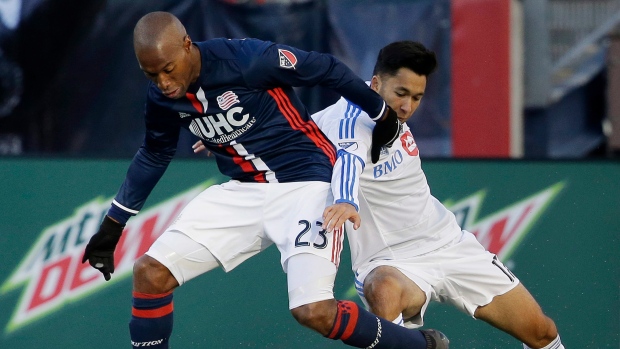 Montreal Impact midfielder David Choiniere will be out five to six months after having surgery on his left ankle.

Choiniere, a homegrown player from St-Jean-Sur-Richelieu, Que., missed all but three games last season with the same injury.

The 21-year-old has played five Major League Soccer games since joining the Impact in 2016, including one appearance this season. He scored his only goal against Vancouver last season in a Canadian Championship game.