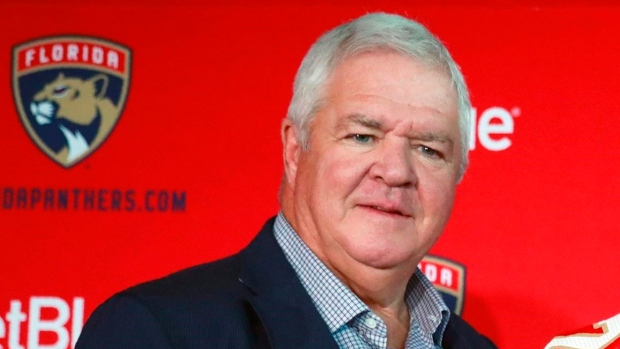 An independent investigation could not substantiate allegations of racial, religious and ethnic epithets made against former Florida Panthers general manager Dale Tallon, the National Hockey League announced on Thursday.

The NHL launched an investigation of Tallon, 70, in late August after an allegation that Tallon had used "racially charged language" inside the Toronto hub during the 2020 playoffs. Tallon was fired by the Panthers earlier that month.

The league stated that the outside firm hired by the league - Seyfarth Shaw LLP - conducted interviews with over a dozen sources within the Panthers organization and reviewed all available information before coming to its conclusion.

"The allegations were neither corroborated nor substantiated, and are inconsistent with Tallon’s past actions and his affirmative efforts in support of diversity and inclusion initiatives," the league said in a statement. "As a result, based on the investigation, the NHL has further concluded that there has been no established violation of NHL policy or protocols."

The league says it will have no further comment on the matter.

A native of Rouyn-Noranda, Que., Tallon was the second overall pick in the 1970 NHL Amateur Draft and appeared in 638 career games over 10 seasons with the Vancouver Canucks, Chicago Blackhawks and Pittsburgh Penguins from 1970 to 1980.