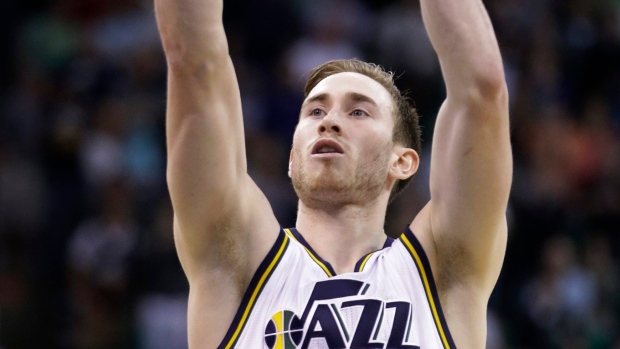 Snyder announced Hayward will not play Monday against the Dallas Mavericks due to inflammation of the tendon. He did not play Saturday against the Portland Trail Blazers.

The Jazz close the season at Houston on Wednesday.

Snyder says Hayward has been playing through "some soreness" in his Achilles tendon recently and "we've maintained all along that we're trying to do what's right for every player in every situation."

Hayward has averaged 19.3 points, 4.9 rebounds and 4.1 assists this season. His scoring average leads the team and ranks 17th in the NBA. Hayward had missed just four games all season before Monday.