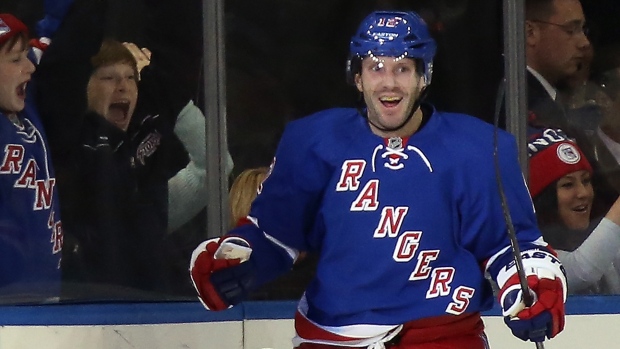 WINNIPEG - The Winnipeg Jets made another move for their playoff run by acquiring winger Lee Stempniak from the New York Rangers for young forward Carl Klingberg on Sunday.

Stempniak, 32, joins his fourth team in two seasons and seventh of his NHL career.

The Buffalo, N.Y., native has nine goals and nine assists in 53 games this season, largely as a bottom-six player.

Stempniak provides more forward depth for a team in the first wild-card spot in the Western Conference.

Klingberg, a 24-year-old 2009 pick of the then-Atlanta Thrashers, has spent most of this season with the AHL's St. John's IceCaps and has one goal in 12 NHL games.