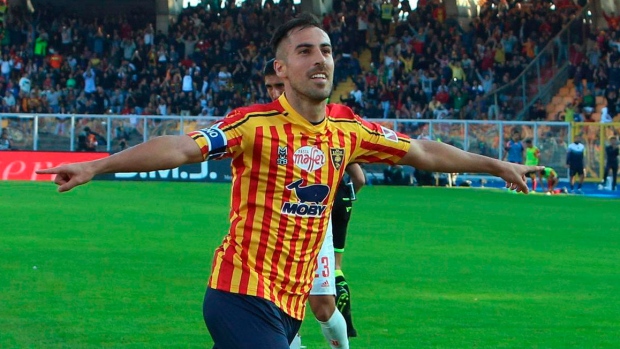 MILAN — Juventus was surprisingly held by struggling Lecce to 1-1 in Serie A on Saturday as Matthijs de Ligt's poor start to his Bianconeri career continued.

De Ligt has been at fault for several goals since his 75 million euro ($85 million) transfer from Ajax in the off-season, and his handball gave away the penalty that led to Lecce's equalizer.

"I though the movement of his arm was natural," Juventus coach Maurizio Sarri said. "But with the new rules it's almost impossible for a defender to avoid certain things."

Paulo Dybala had scored from the spot to give Juventus the lead.

Juventus remained on top, a point above Inter Milan after the Nerazzurri drew 2-2 at home to Parma.

Cristiano Ronaldo was rested for the match and Juventus struggled to create goalscoring opportunities.

Gonzalo Higuain thought he gave Juve the lead in the 15th minute but his goal was ruled out for offside.

Juventus was awarded a spot kick five minutes after the break for a lunge by Lecce defender Jacopo Petriccione on Miralem Pjanic. Dybala struck the ball into the bottom right corner.

Federico Bernardeschi should have restored Juve's lead but he hit the post.

Higuain ended the match with his head covered in bandages after a collision with Lecce goalkeeper Gabriel left him bleeding from his forehead.

Juventus used up its three substitutions so Higuain continued but the Argentina forward had to be taken off on a stretcher after the final whistle and went to a hospital for tests.

Yann Karamoh scored one goal and set up another to prevent his parent club Inter from going to the top of the table.

Karamoh joined Parma on loan from Inter in July for one year with an obligation to make the deal permanent.

And he helped Parma completely turn the match around within seven minutes of going behind to a deflected Antonio Candreva shot.

Karamoh scored the equalizer in the 26th minute with a stunning curled effort, and raised his hands in apology to the crowd, which applauded in response.

He up Parma's second four minutes later, racing from almost the halfway line before rolling the ball across to an unmarked Gervinho.

Inter levelled in the 53rd when Romelu Lukaku controlled a Candreva pass and swiveled to fire it into the net from close range. The goal was initially ruled out for offside but given after a lengthy wait for review by the video assistant referee.

Thiago Motta's tactical changes paid off in his first senior match in charge.

All three of Genoa's substitutes scored as the hosts recovered to beat Brescia 3-1.

Sandro Tonali gave Brescia the lead in the 34th with a stunning free kick from the left into the top far corner for his first goal in Serie A.

Kevin Agudelo levelled in the 66th but Christian Kouamé fired Genoa back in front with a spectacular scissor-kick volley nine minutes later.

Goran Pandev, who used to be teammates with Motta at Inter, sealed the result in the 79th.

Motta, who had previously coached only Paris Saint-Germain's Under-19 squad, replaced the fired Aurelio Andreazzoli on Tuesday.