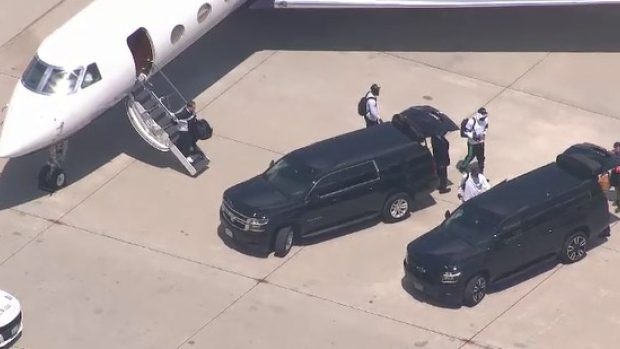 The journey of a black van from Pearson Airport to downtown Toronto was broadcast live on news station CP24 through via helicopter, the latest strange development in the lengthy pursuit of the coveted free agent by the Raptors, the Los Angeles Lakers and L.A. Clippers.

The van's unknown passengers disembarked from the private plane of Maple Leaf Sports & Entertainment, the organization that owns the Toronto Raptors.

The plane landed in Toronto after leaving Los Angeles, leading some to believe that Leonard might be on board.

Leonard was acquired by Toronto in a deal with San Antonio last summer and led the Raptors to their first NBA title in the 2018-19 season before becoming a free agent.

While the superstar forward has taken his time mulling his options in free agency, social media has engaged in non-stop speculation as to Leonard's immediate future.