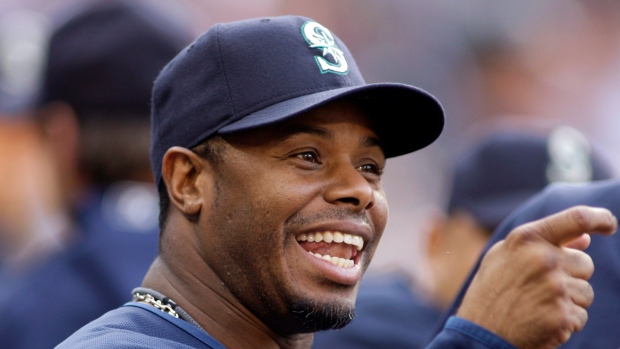 The greatest player in Seattle Mariners franchise history is now a part of its ownership group.

The club announced on Monday that Ken Griffey Jr. has joined the Mariners Partnership Group, the entity that owns the team.

Griffey, 51, spent 13 of the 22 seasons of his Hall of Fame career with the Mariners.

"This is a dream come true because of the relationship I’ve always had with the team, its fans, and the city of Seattle," Griffey said in a statement. "I view this as another way to continue to give back to an organization and community that has always supported me, and my family. I’m looking forward to continuing to contribute to this organization’s success in any way possible."

A 13-time All-Star, Griffey was the 1997 American League Most Valuable Player and his 630 career home runs are seventh-most all-time. He was inducted into Cooperstown in 2016 with his name appearing on 437 of 440 ballots.

"Ken has been an icon of our franchise, on and off the field, for over three decades and we are thrilled that he is joining us as a partner," managing partner John Stanton said in a statement. "His knowledge of the game, love of the Mariner fans, his experiences as a player, his passion for community service and his desire to help grow our sport will be a welcome, and invaluable, additional voice."

Upon his retirement in 2010, Griffey had been serving as a special consultant with the Mariners before joining Major League Baseball earlier this year as a senior advisor to commissioner Rob Manfred.