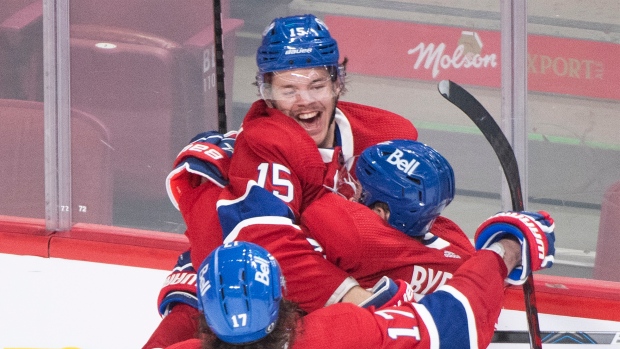 The team says the agreement would see the 21-year-old restricted free agent join the 'Canes on a one-year deal worth US$6.1 million.

The Canadiens now have seven days to match the offer.

TSN Hockey Insider Pierre LeBrun reports that the Canes attempted to trade for Kotkaniemi over the past few days, but a deal did not transpire.

Hurricanes did try to trade for Kotkaniemi instead over the past several days but nothing that came close to making the Habs interested. So Dundon gets his offer sheet revenge.
Anyway, enjoy the fun everyone. https://t.co/kZRTedDaSx

The native of Pori, Finland has played three seasons for the Canadiens since Montreal selected him third overall in the 2018 NHL entry draft.

Hurricanes president and general manager Don Waddell said in a statement that Kotkaniemi has accepted the offer and "wants to come to come to Carolina."

"He sees the core we've built here and he wants to be a part of that," Waddell said.

"We're proud, but there's still a waiting period. When you make an offer like that, we saw a vulnerable position. The offer, with the compensation and the core we have, we realized it was the best chance we had to get the player."

This report by The Canadian Press was first published Aug. 28, 2021.