Redblacks moving foward with Davis as QB1; Mitchell likely to start for Stamps this week

It has been a tough start to the long-awaited 2021 CFL season for the Ottawa Redblacks.

After a serendipitous win to open the season at Edmonton, the Redblacks have suffered three decisive losses in a row as they head into Vancouver Saturday night to face the B.C. Lions. (10 p.m. ET/TSN).

It’s no secret that most of their problems lie on offence, where they rank last in virtually every statistical category.

That brings us to the decision to sit starting quarterback Matt Nichols this week in favour of Dominique Davis, last season’s opening-week starter who suffered through a miserable season with the team two years ago.

Davis calm and ready to start for Redblacks against B.C.

Dominique Davis will start for the Ottawa Redblacks in their Matchup against the B.C. Lions Saturday. Davis comments there a both good and bad takeaways from the Redblacks' loss to the Alouettes, and despite it all he's feeling calm and ready for B.C.

Despite Nichols’ obvious struggles this season, which include getting his team into the end zone just once in three-plus games, making the switch could not have been easy for head coach Paul LaPolice, who spent four seasons as offensive co-ordinator in Winnipeg with Nichols as the No. 1 quarterback.

It was largely LaPolice’s comfort level with Nichols that led Ottawa to sign him last winter after negotiations on a revamped contract with Nick Arbuckle fell apart. Ottawa had traded for Arbuckle’s rights after the 2019 season and signed him before he got to free agency.

But a year later, with Nichols suddenly free after Toronto refused to pay him a $200,000 signing bonus last winter, the Redblacks jumped ship to the veteran over the guy with seven career starts for what proved to be about the same money in the end.

Though Nichols has never been a dynamic player, he was a winner in Winnipeg, where he earned respect for his leadership, willingness to play through injuries and proficiency at keeping the football secure.

Given all the dynamics in play in 2021, including a 14-game shortened season and no preseason games, it’s easy to see why LaPolice and his staff would have preferred the steady hand of a veteran he knew under centre.

There was an offensive outburst in Week 5 of the CFL, which included the Alouettes' first 50-point game since 2010 in a rout of the Redblacks. The TSN Edge weekend wrap brings you some serious betting knowledge from the weekend that was in the CFL.

The problem, however, isn’t just that the 2021 Redblacks are not the Blue Bombers. It’s that Nichols doesn’t appear to have the same ability to throw the ball as the guy who threw for more than 13,000 yards and 79 touchdowns from the beginning of 2016 through to his 2019 shoulder surgery.

The Redblacks made their bet on Nichols based on what they saw in videos of his throwing sessions and assurances that he was able to make a full recovery from his injury. The fact that he had a full year and a half to do so provided additional comfort.

Exactly why Nichols has thrown the ball so poorly this season remains a bit of a mystery, as the team believes there is nothing structurally wrong with his throwing arm. Whether it’s a tired arm or something else, the calendar is moving along and the Redblacks can’t wait.

As an immobile pocket passer struggling with his accuracy, Nichols is a poor fit for a team that hasn’t been able to gain yardage on the first down, consistently putting him in second-and-long situations behind a patchwork offensive line, alongside an inexperienced receiving group.

That brings us to Davis, who entered last week’s loss to Montreal in the second quarter, providing a jolt to the offence by going to 23 of 33 for 291 yards, with two touchdowns and two interceptions.

With three seasons in Winnipeg and now his third in Ottawa, Davis is still viewed as a largely unproven commodity, having spent most of his career exclusively in a backup role.

He began 2019 as Ottawa’s starting quarterback, having inherited the job through the departure of Trevor Harris via free agency. While there were times early on when he looked the part, there were also times where he didn’t, reflective of his five touchdown passes against 14 interceptions.

By bringing him back, the organization appears to be stating that it believes he still has the upside to be a serviceable quarterback, and that 2019 was more about the overall situation than Davis himself.

It’s rare in the CFL for quarterbacks to get more than one opportunity as a starter.

The Redblacks are hoping that he’s ready this time.

The Bombers said the emotional win over the Riders on Sunday felt like a ''street fight''. Now with the Banjo Bowl set to get underway this Saturday, Winnipeg expects Saskatchewan to come into IG Field angry, and with another level of physicality.

CFL football had a demonstrably conservative feel on offence the first few weeks of the season, as teams tended towards higher percentage throws underneath coverage rather than trying to air the ball down the field.

In fact, through the first four weeks of the season teams were averaging a little more than one pass play of more than 30 yards per game.

That dynamic shifted in all four games in Week 5 as teams began to air the ball out down the field, jumping the number of 30-plus-yard plays by 38 per cent in a single week.

Hopefully last week provided a glimpse of the fireworks to come the rest of this season.

'We're both going through it': Ticats not concerned with short turnaround

Following their emotional Labour Day classic against the Argos on Monday, the Ticats are ready for their rematch only four days later on Friday Night Football. The team says that they aren't concerned about the short turnaround as both clubs are going through the same thing.

After an 0-2 start to the season in which they were outscored 49-14, the Hamilton Tiger-Cats are suddenly tied for the East Division lead at 2-2.

Hamilton’s opening two games against Winnipeg and Saskatchewan were big disappointments for a team coming off a 15-3 season that ended with a gutting loss in the Grey Cup.

But a few things have happened over the past couple of weeks to restore the Ticats’ confidence.

For one, playing at Winnipeg and Saskatchewan are two of the toughest games CFL teams will face this season.

The offensive line has made some changes, playing rookie Jordan Murray at right tackle while Chris Van Zeyl has been out.

The Ticats also had their first game with their starting front four of Ja’Gared Davis, Julian Howsare, Ted Laurent, and Dylan Winn against Toronto, getting a push up field that they’d been lacking earlier in the season.

Then there is the presence of Dane Evans at quarterback, after two starts from Jeremiah Masoli to start the season.

No one was pointing the finger at Masoli for those two losses, and there were plenty of things he had to deal with, including a few targets who were completely new to the CFL.

But it’s hard to ignore the fact Hamilton put up 14 points those first two games and has come back with 59 since.

With Masoli inactive again this week with a rib injury, it’s another chance for Evans to prove he deserves to be the starting quarterback for the rest of the season.

It’s a distinction that will be very tough to take away if he continues his current pace. 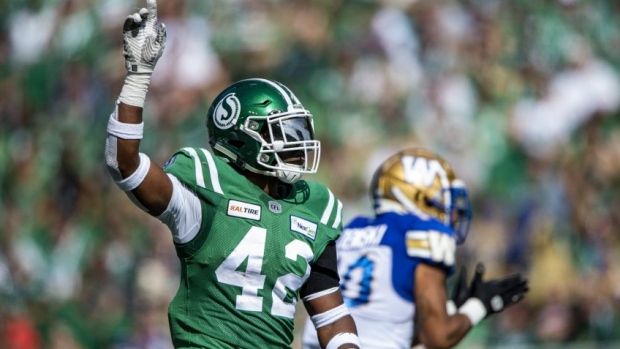 Linebacker Derrick Moncrief gained a reputation as a game-changer in three seasons with Saskatchewan, a player with the ability to make plays all over the field to stop drives and change possession.

That’s why the Edmonton Elks paid top dollar for Moncrief, who will give them an established presence at a position where they are otherwise young.

Though there were some other former CFL players released by NFL teams of late – receivers Marken Michel and Duke Williams and defensive backs Winston Rose and Tre Roberson come to mind – there isn’t expected to be much of a trickle of those types of players coming north this fall.

COVID-19 restrictions requiring days of quarantine and reduced salary budgets for CFL teams mean Moncrief may be an anomaly this season. 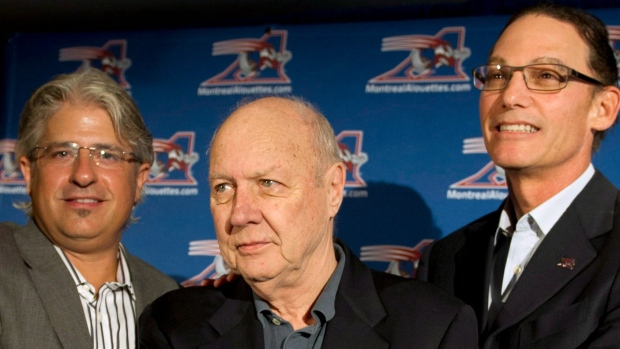 Former Montreal Alouettes owner Bob Wetenhall passed away recently at the age of 86, nearly three years after his family handed the keys to the football team back to the league.

Wetenhall, a New York City businessman, became a CFL owner by serendipity. During the summer of 1996, he attended a wedding at which he was seated at the same table as one of the owners of the Alouettes. It was the Als’ first season in Montreal since relocating from Baltimore after the collapse of U.S. expansion and things were not looking good.

Wetenhall was intrigued. He’d once been a part owner of the AFL’s Boston Patriots and had seen that franchise evolve into something much more valuable.

Why couldn’t he do the same thing with the Alouettes?

Wetenhall took over the team in early 1997 and immediately paid every bill owing, both within and beyond the organization.

That credibility bought him time and open minds, and within a few years the Als were winners on the field and at the gate after a move to Percival Molson Stadium.

The passing of Wetenhall, along with that of former Lions owner David Braley, truly marks the passing of an era for the CFL. Both entered the league in the midst of the league’s post-U.S. expansion existential crisis, taking over teams that were in financial ruin and managing to stabilize them for the long term.

They were each a powerful force at the board of governors’ level, owners that commissioners had to respect and use caution towards.

Both stayed longer than they should have, with neither franchise thriving during the latter stages of their respective ownerships. But the league wouldn’t be where it is without them.