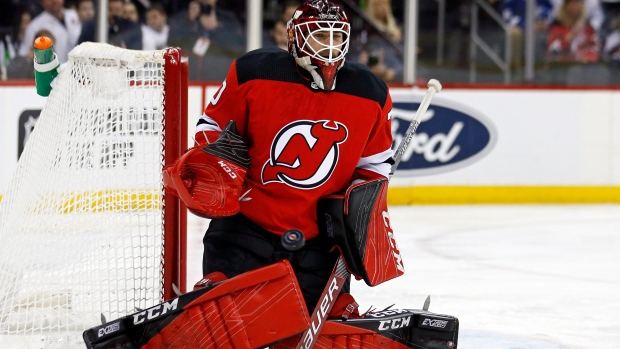 Domingue was held out of practice Thursday for what the team called precautionary reasons before the move at noon ET.

The 27-year-old goaltender has a 3-8-2 record this season with the Devils, posting a .882 save percentage and a 3.79 goals-against average. In his most recent start, he allowed three goals on 39 shots in a loss to the St. Louis Blues on Tuesday night.

Domingue has also appeared in six games with the AHL's Binghamton Devils this season, posting a 4-1-1 record with a .930 save percentage and a 2.00 GAA.

Last season, Domingue went 21-5-0 as a member of the Tampa Bay Lightning, posting a .908 save percentage and a 2.88 goals-against average.

A pending unrestricted free agent, Domingue carries a $1.15 million cap hit for this season. He was traded to the Devils in November for a conditional seventh-round round in 2021.

The Devils recalled goaltender Cory Schneider from the AHL earlier on Thursday to take Domingue's spot on the 23-man roster. New Jersey will host the San Jose Sharks on Thursday night.

Goloubef, also a pending unrestricted free agent, carries an $800,000 cap hit for this season. He has one goal and two points in 23 games with the Senators this season.

The 30-year-old is a veteran of 157 career NHL games, posting three goals and 25 points.