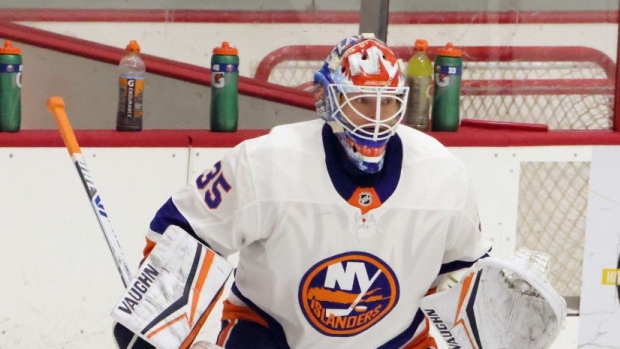 The 35-year-old Schneider signed a one-year deal with the Islanders in the summer and did not see any game action this season.

Schneider is a veteran of 409 NHL games over 12 seasons with the Vancouver Canucks and New Jersey Devils.

Elsewhere, forward Kyle Criscuolo has been waived by the Detroit Red Wings.

The 29-year-old Criscuolo spent last season in the Red Wings organization with the Grand Rapids Griffins of the American Hockey League. A native of Southampton, NJ, Criscuolo appeared in nine games for the Buffalo Sabres in 2017-2018.

Finally, the Anaheim Ducks placed winger Alexander Volkov on unconditional waivers for the purpose of terminating his contract.

Volkov, 24, has appeared in two games this season for the Ducks' AHL affiliate San Diego Gulls, tallying an assist.

A native of Moscow, Volkov has appeared in 46 NHL games over two seasons with the Ducks and Tampa Bay Lightning with whom he won the 2020 Stanley Cup.