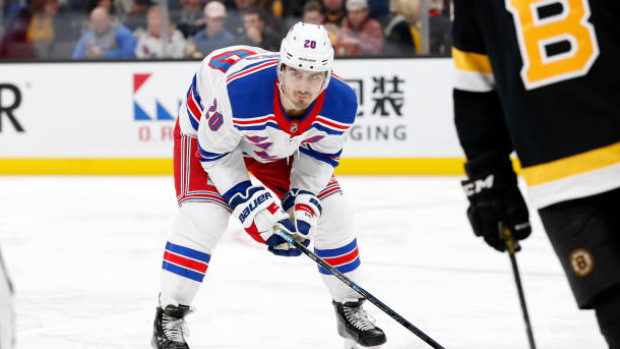 "We're obviously hopeful sooner than later,"  Gorton told NHL Network at the GM meetings in Boca Raton, Florida, on Wednesday. "But I think with these things, it's weight bearing when you break your foot. I think if you look over time, some of the people who have had the same type of injury, you're looking at 4-6 weeks as probably realistic."

Kreider injured his foot when he blocked a shot from defenceman Philippe Myers during the team's 5-2 loss to the Philadelphia Flyers on Feb. 28.

The 28-year-old was the No. 1 target on TSN's Trade Bait board until Monday when he signed a seven-year extension with an average annual value of $6.5 million per season.