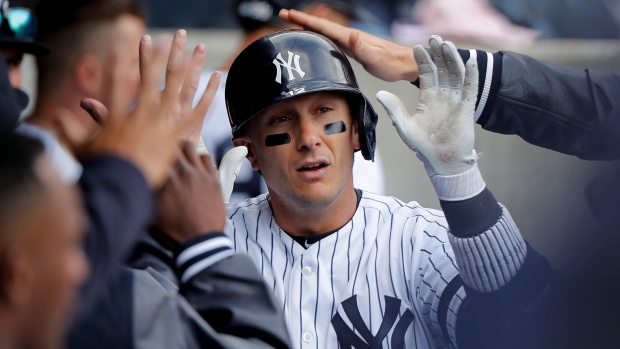 BOSTON — Troy Tulowitzki, a five-time All-Star with the Colorado Rockies who has missed most of the past two seasons with leg injuries, announced his retirement on Thursday, more than three months after he played in his last game for the New York Yankees.

"For as long as I can remember, my dream was to compete at the highest level as a Major League Baseball player . to wear a big league uniform and play hard for my teammates and the fans," he said in a statement issued by the Yankees before a series against Boston. "I will forever be grateful for every day that I've had to live out my dream. It has been an absolute honour."

"I look forward to continuing my involvement in the game that I love . instructing and helping young players to achieve their goals and dreams," Tulowitzki wrote in his farewell. "I'm saying goodbye to Major League Baseball, but I will never say goodbye 2 the game I love. Thanks again 2 all of you!"

Tulowitzki was NL Rookie of the Year runner-up in 2007, when he helped the Rockies reach the World Series for the only time in franchise history. He finished in the top 10 of the NL MVP voting three straight years from 2009-11; in all, he received MVP votes in six seasons.

He was traded to Toronto in the middle of 2015 and hit .254 with 24 homers and 79 RBIs the next year, his last full season in the majors. He spent most of 2017 on the disabled list with leg and ankle injuries, and then missed all of last season following surgery on both heels.

The Yankees signed him in the off-season, and he won the shortstop job in spring training while starter Didi Gregorius opened the season on the injured list. But Tulowitzki lasted just five games before going on the IL himself, straining his left calf on April 3.

"Even though injuries cut him short a little bit, it was a great career," Yankees manager Aaron Boone said. "What I'll remember is obviously a great player and a guy that played shortstop, a great shortstop, but played it in such a unique way and with a flair. ... He looked at home out there playing shortstop."