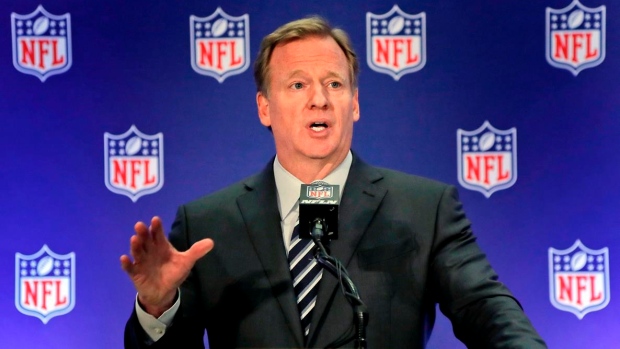 NEW YORK — The NFL is awarding more than $35 million in funding to five organizations conducting research into diagnosis and treatment of brain injuries.

Through its Scientific Advisory Board established as part of its "Play Smart. Play Safe" initiative, the NFL is awarding grants to investigative teams focusing on concussions and associated conditions, including chronic traumatic encephalopathy (CTE).

Receiving the funding will be:

—The University of Calgary, led by Dr. Carolyn Emery, $9,438,473 to "Surveillance in High Schools to Reduce Concussions in Youth."

—The Spaulding Rehabilitation Hospital and Harvard Medical School, led by Dr. Grant Iverson, $1,583,138 to "The Spectrum of Concussion: Predictors of Clinical Recovery, Treatment and Rehabilitation, and Possible Long-Term Effects."

Having awarded $35 million of the NFL's $40 million commitment made in 2016, the league has allocated the remaining $5 million to further medical research focused on player health and safety. The funds will be distributed under the guidance of SAB Chairman Gen. Peter Chiarelli, a retired U.S. Army general who led the Department of Defence efforts on post-traumatic stress (PTS), traumatic brain injury (TBI), and suicide prevention.