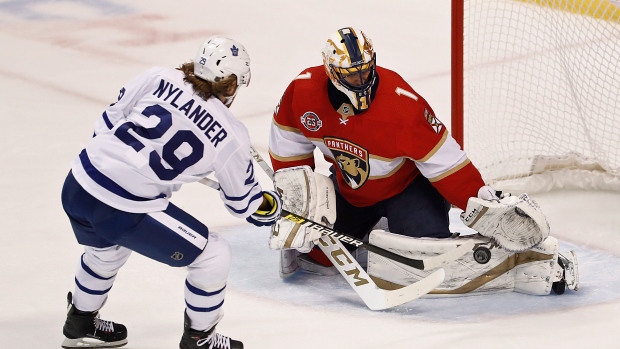 Six games. Zero goals, two assists. The long-awaited return of William Nylander to the Toronto Maple Leafs’ lineup has been anything but explosive.

In many instances Nylander would probably be given a pass for his slow start. It can’t be easy to transition from regular practices with second-tier European teams to mid-season National Hockey League competition overnight. But the reality is that Nylander is no longer carrying a $3.6 million contract. This time, it’s worth $45 million, and more than $10 million in the 2018-19 season alone. When you’re making that kind of coin, you’ll always be under maximum pressure to produce. So far, the results haven’t been there.

The interesting part about Nylander’s slow start is that it appears to be mostly artificial. As a mere starting point, it’s not as if Nylander is in uncharted territory here. He’s had similar slow scoring stretches over six-game intervals on at least four separate occasions. All of his brief scoring slumps, at least historically, have been met with sharp regression. That makes sense because Nylander has been one of the league’s more reliable and consistent scorers over his brief career: 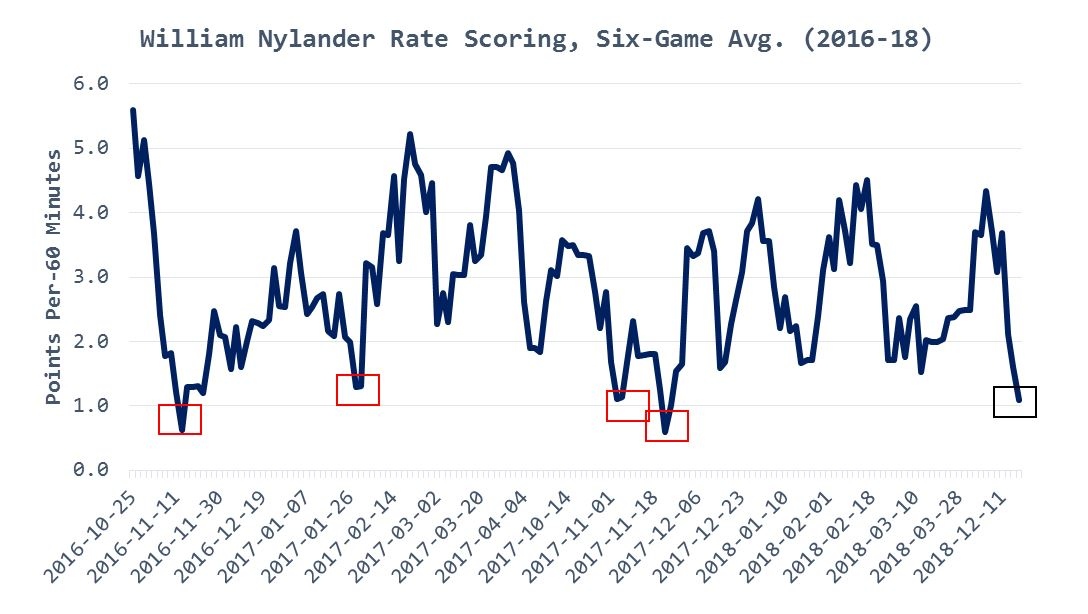 In other words: Scoring slumps happen for all types of players and Nylander is no exception to the rule. The more interesting question is whether or not there is something underpinning Nylander’s performance other than scoring luck. After all, if Nylander was generating less shot volume, or fewer scoring chances, or playing with less capable teammates, it could logically impact his performance in a detrimental way.

As you might suspect, there isn’t a whole lot of evidence that Nylander is struggling. Let’s take a look at his individual offensive zone performance over this six-game interval compared to where his splits have been historically. The logical starting point is individual shot share: 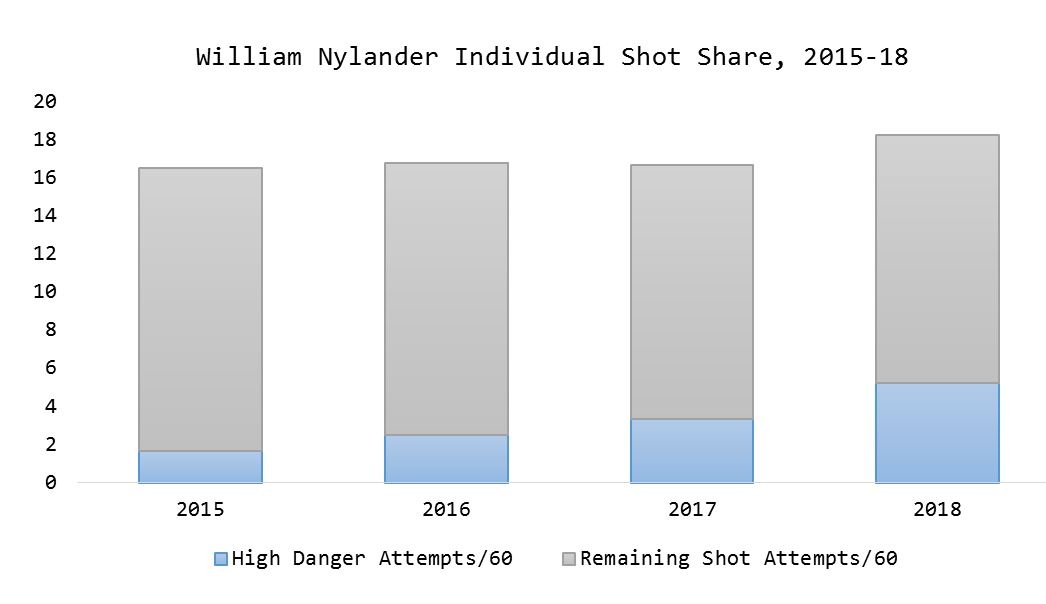 Nylander checks both of the critical boxes here. His shot volume is well in line with his prior three seasons as an NHLer – in fact, shot volume is up about 9 per cent for Nylander on the year, which is encouraging. And it’s not just volume coming from the perimeter that goalies are turning aside with ease. Nylander’s dangerous shot attempt volume – a scoring chance proxy created by Natural Stat Trick – has more than doubled over time. Proportionally, about 28 per cent of Nylander’s shot attempts are from dangerous areas of the ice.

On all three levels he compares favourably to most of Toronto’s forwards. He is third across the board in terms of grading his shot generation, and one of the two forwards in front of him is John Tavares: 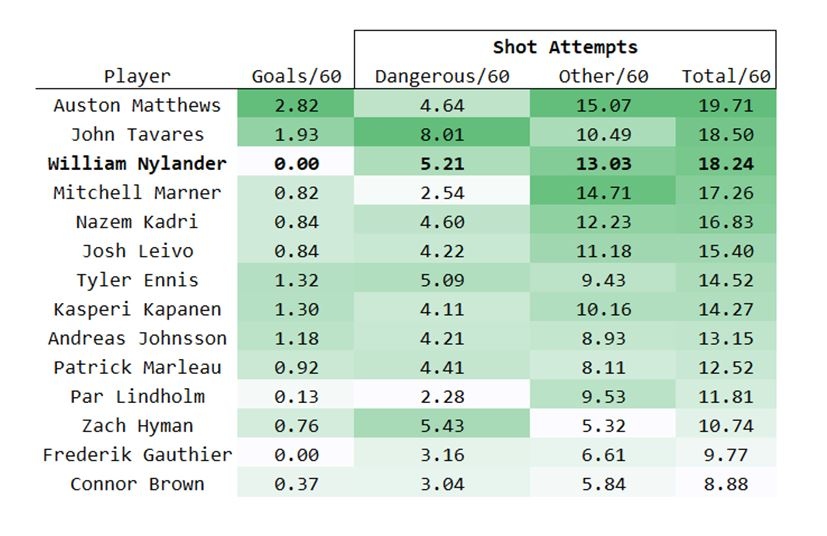 At this point, it seems reasonable to conclude that Nylander has been quite unlucky as a scorer. Again, we have seen this story before with Nylander, and like most forwards cut from his cloth, we tend to see sharp and decisive rebounds in rather rapid fashion.

There may be some merit to the argument that Nylander isn’t playing at his peak performance, and that he may need a bit more time to shake off the shooting rust from a lengthy absence. But the emphasis here is on ‘some.’ The math suggests that Nylander is flying around the offensive zone and creating substantial degrees of havoc on opposing goaltenders.

The thing Nylander needs more than anything right now is a bounce. When that bounce comes, look out.