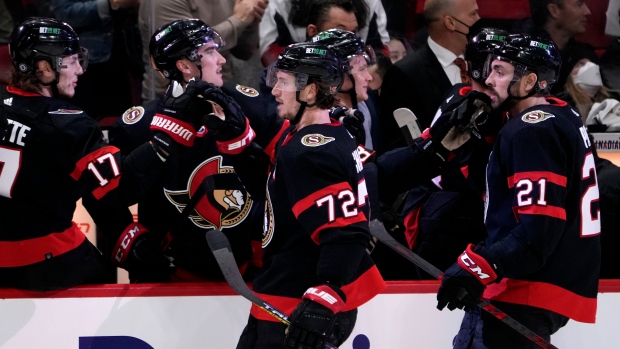 It looks like Ottawa Senators defenceman Thomas Chabot will be sidelined for the remainder of the 2021-22 season after fracturing his hand Wednesday night during a 4-1 loss to the Columbus Blue Jackets, head coach DJ Smith told reporters on Thursday.

Thomas Chabot has a fracture in his hand. No timeline but likely not going to play for the #Sens the rest of the season according to DJ Smith.

Chabot was injured in the second period after taking a hit from Jackets defenceman Sean Kuraly along the boards. Chabot appeared to be in discomfort with his right arm before leaving the game shortly after.

The 25-year-old has six goals and 28 assists over 55 games with the Sens this season, his sixth year in the nation's capital.