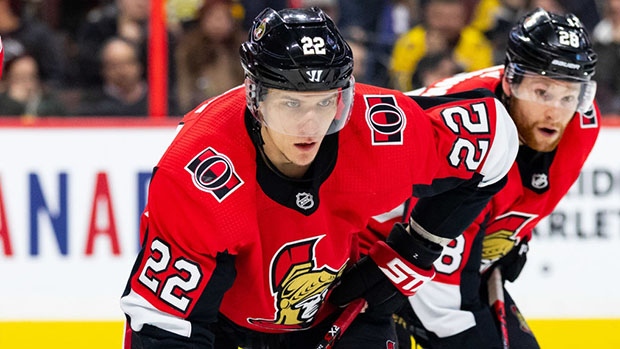 Injury update: After sustaining a lower-body injury in the first period of tonight's game at Tampa Bay, #Sens defenceman Nikita Zaitsev will not return.

Zaitsev was seen in a transport cast and crutches after the 2-1 loss to the Lightning.

Zaitsev in a transport cast and on crutches after the game. Clearly not a knee injury.

The 30-year-old suffered the injury after twisting his right foot/ankle while getting checked into the boards. Zaitsev needed help to get off the ice.

Zaitsev has one goal and one assist over 21 games this season, his third in the nation's capital.