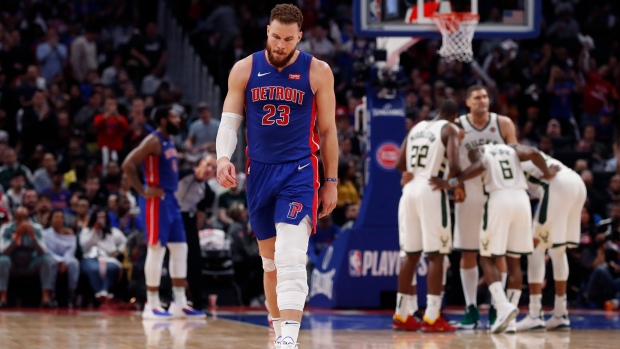 DETROIT — Blake Griffin had surgery arthroscopic surgery on his left knee, an injury that forced him to miss the first two games of the playoffs.

The Pistons say the procedure Wednesday in Los Angeles was to address the issue that caused soreness in the knee across the last two weeks of the regular season and the post-season.

The forward sat out the first two games of the post-season before returning for the last two as the Pistons were swept for the top-seeded Milwaukee Bucks.

Griffin averaged 24.5 points this season. The Pistons say he is not expected to miss any off-season preparation for next season.