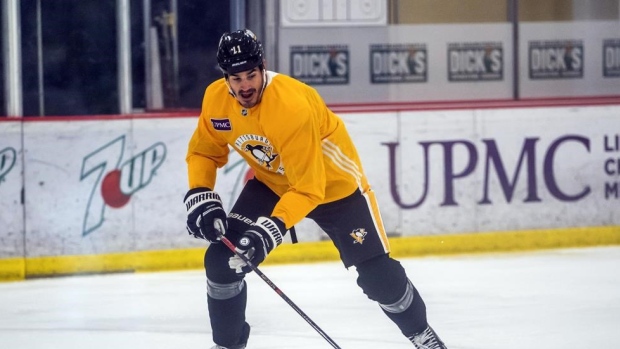 Pittsburgh called up forwards Anthony Angello and Drew O'Connor from the AHL on Tuesday as well.

Additional updates: Evgeni Malkin has been placed on long-term injured reserve. Sidney Crosby’s status has been changed to injured non-roster. Zach Aston-Reese has been added to the NHL’s COVID protocol list.

Boyle joined the Penguins on a professional tryout contract ahead of training camp last month. He last played in the NHL during the 2019-20 season with Florida, recording six goals and 15 points in 39 games.

Boyle was awarded the 2018 Bill Masterton Trophy in 2018 following his cancer diagnosis during training camp in 2017.

Malkin was ruled out for at least the first two months of the season in September as he continues to recover from off-season knee surgery. The 36-year-old was first hurt during a collision against the Boston Bruins on March 16. He missed the final six weeks of the regular season and didn't return to action until Game 3 of Pittsburgh's first round loss to the New York Islanders.

The 35-year-old was averaging nearly a point per game before he was hurt, with eight goals and 20 assists in 33 games. He added another five points in four playoff games against New York. In 15 seasons, all with Pittsburgh, Malkin has 424 goals and 680 assists for 1,104 points and is a three-time Stanley Cup champion.

Crosby was given a six-week timeline for recovery after undergoing wrist the surgery on Sept. 8.

The 34-year-old posted 24 goals and 62 points in 55 games last season and added one goal and two points in six playoff games.