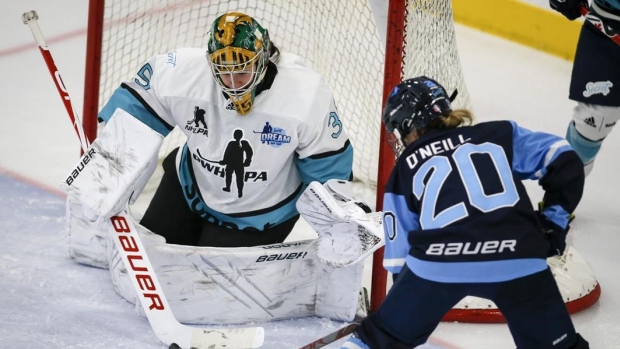 PITTSBURGH — The Professional Women's Hockey Players' Association and the NHL's Pittsburgh Penguins will co-host a women's tournament Nov. 25-27 at the Penguins' practice facility.

The tournament is the third event for 2022-23 announced by the PWHPA, whose membership includes the majority of the Canadian women's team and over half of the U.S. national side.

"Hosting some of the best female hockey players in the world at UPMC Lemieux Sports Complex in November continues the Penguins’ commitment to growing the sport of hockey for girls, not only in Pittsburgh, but throughout North America,” said Penguins business operations president Kevin Acklin in a statement Wednesday.

The event will include four games and a pair of girls' hockey clinics. The PWHPA has also announced Dream Gap Tour events Oct. 15-16 in Montreal and Nov. 4-6 in Truro, N.S.

The PWHPA formed after the collapse of the Canadian Women's Hockey League in 2019 after a dozen years of operating.

The over 100 player members are striving for a sustainable women's professional league that offers a living wage and the competitive supports male pros get.