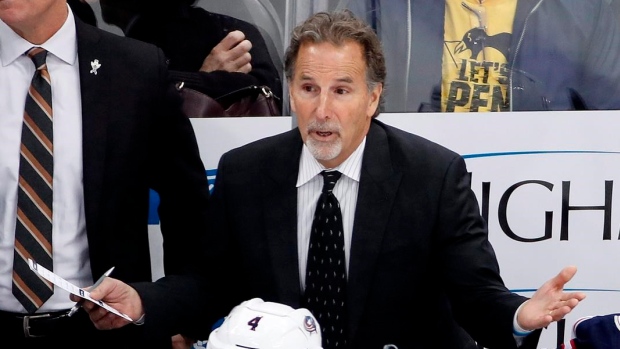 Columbus Blue Jackets head coach John Tortorella had a procedure Tuesday to remove a skin cancer growth on his forehead, according to The Athletic's Aaron Portzline.

#CBJ fans will notice tonight a surgical scar on coach John Tortorella’s forehead. He had a procedure on Tuesday to remove a skin cancer growth.

Tortorella is in his fifth season coaching the Blue Jackets and 19th season as a head coach in the NHL.

The Blue Jackets have a 2-3 record to start the season.